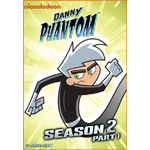 Mordecai and Rigby are finally arriving on DVD with the release this week of Regular Show: Slack Pack (Warner Bros., $14.97), collecting 12 episodes of the series from the first and second seasons of its run on Cartoon Network.

Fans of Sesame Street’s ticklish red monster get a double dose, with the release of the live-action documentary Being Elmo: A Puppeteer’s Journey (Docurama, $29.95) as well as Big Elmo Fun (Warner Bros., $14.98).