Synopsis: When ex-con cartoonist Jack Deebs (Byrne) was behind bars, he found escape by creating Cool World, a cartoon series featuring a voluptuous vixen named Holli Would (Basinger). But the ‘toonsmith becomes a prisoner of his own fantasies when Holli pulls him into Cool World with a scheme to seduce him and bring herself to life. A hard-boiled detective (Pitt) – the only other human in Cool World – cautions Jack with the law: Noids (humans) don’t have sex with doodles (cartoons). The flesh proves weaker than ink, however, as Holli takes human form in Las Vegas, starting a trans-reality chase that threatens the destruction of both worlds. With a splashy mix of stylish animation and colorful live-action sequences, Cool World delivers the hottest action around! 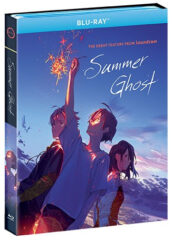 Fans can now pre-order at ShoutFactory.com.