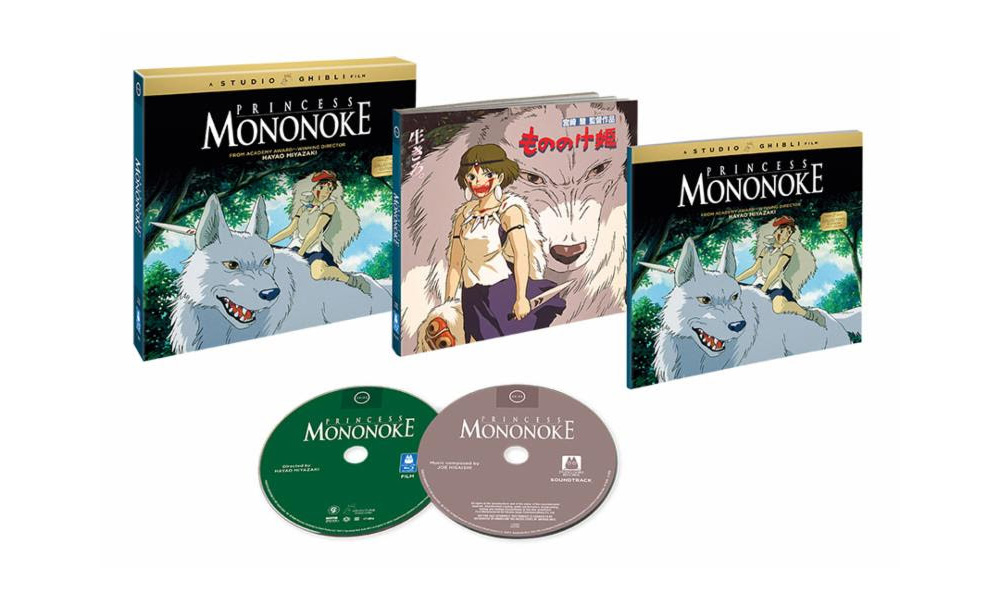 Studio Ghibli and GKIDS, with distribution by Shout! Factory, will issue Princess Mononoke in a beautiful collector’s edition release on May 14, 2019. The limited-edition set comes housed in an elegant hard slipcase and includes a new 40-page book with stunning art and essays. Featured in a deluxe disc portfolio will be a Blu-ray of the film paired with hours of special features, and the film’s soundtrack made available on CD for the first time in North America.

The set is available for pre-order now on ghiblicollection.com.

One of the best-selling and internationally renowned films of all time and winner of the Japan Academy Prize Picture of the Year award, Princess Mononoke is here presented with a release perfect for collectors and animation fans who have adored the film since its initial release. The set’s 40-page book features new essays by film critic Glenn Kenny (The New York Times, RogerEbert.com) alongside amazing imagery and statements from director Hayao Miyazaki and producer Toshio Suzuki, and Miyazaki’s poems about the characters.

Synopsis: Inflicted with a deadly curse, the young warrior Ashitaka heads west in search of a cure. There, he stumbles into a bitter conflict between Lady Eboshi and the proud people of Iron Town, and the enigmatic Princess Mononoke, a young girl raised by wolves, who will stop at nothing to prevent the humans from destroying her home, and the forest spirits and animal gods who live there. Featuring the voices of Gillian Anderson, Billy Crudup, Claire Danes, Minnie Driver, Jada Pinkett Smith, and Billy Bob Thornton.