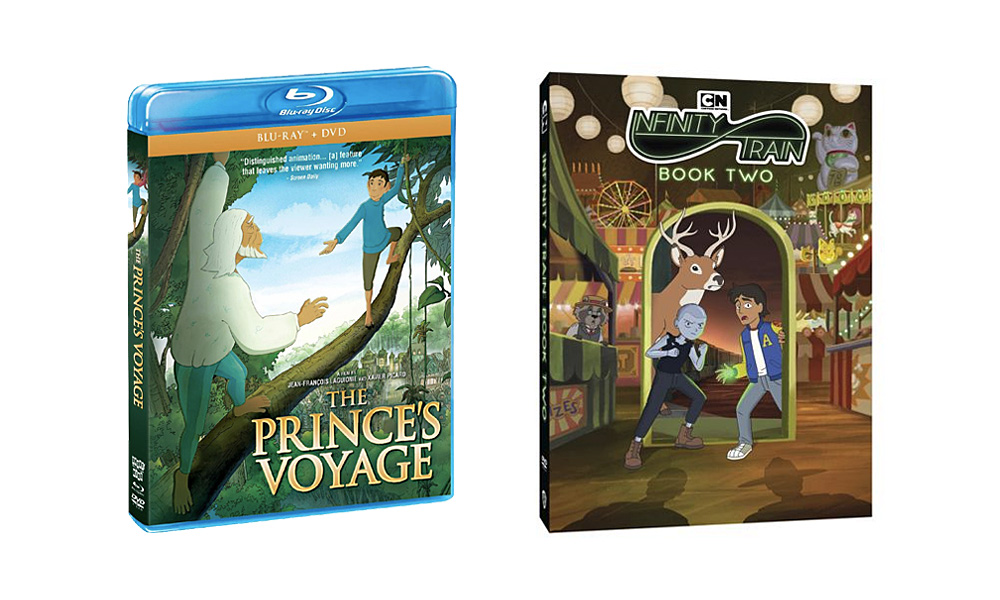 Shout! Studios invites home audiences to embark on an extraordinary journey with The Prince’s Voyage, when the acclaimed animated feature debuts on a two-disc Blu-ray Combo Pack and Digital on May 18. Directed by French animator Jean-François Laguionie (The Painting, Cannes Palme d’Or winner Rowing Across the Atlantic) and Xavier Picard (King Arthur and the Knight of Justice), The Prince’s Voyage centers on a monkey prince named Lauren who finds himself lost and injured on an unknown river. He is rescued and abducted by a young man, whose scientist parents were chased away by their community because they believed in th existence of other monkey civilizations.

Available for the first time on North American home entertainment shelves, The Prince’s Voyage Blu-ray Combo Pack contains insightful bonus content and is a must-have for collectors and animation enthusiast, including an interview with Lacuionie and Picard and a study of the pivotal Ice Flow sequence.

The Prince’s Voyage is available for pre-order on the Shout! Factory Store.

Audiences can also enjoy the second season of Cartoon Network’s acclaimed series Infinity Train, which arrives on DVD on May 25.

Every train car is an adventure, and nothing is what you expect! Created by Owen Dennis (former writer and storyboard artist from Cartoon Network’s Emmy-nominated series, Regular Show), the critically acclaimed Infinity Train: Book Two will be released on DVD on May 25, from Warner Bros. Home Entertainment. Developed through Cartoon Network’s award-winning Global Artists program, Infinity Train’s original short provoked immediate attention, garnering more than 5 million views on its YouTube page to date.

Infinity Train: Book Two follows Mirror Tulip, an escaped reflection from the mirror world, and Jesse Cosay, a 14-year-old jock from Arizona. As the pair finds themselves on the run from the mirror police, themes of identity, friendship and peer pressure arise. Fans can retrace their epic journey with all 10 episodes from the second season — as well as over an hour of bonus features including commentaries, animatics and an image gallery — with the Book Two DVD ($14.97 SRP USD / $18.94 CAN). All seasons of the Cartoon Network Studios-produced series is also available to stream exclusively on HBO Max (Book Four coming soon).