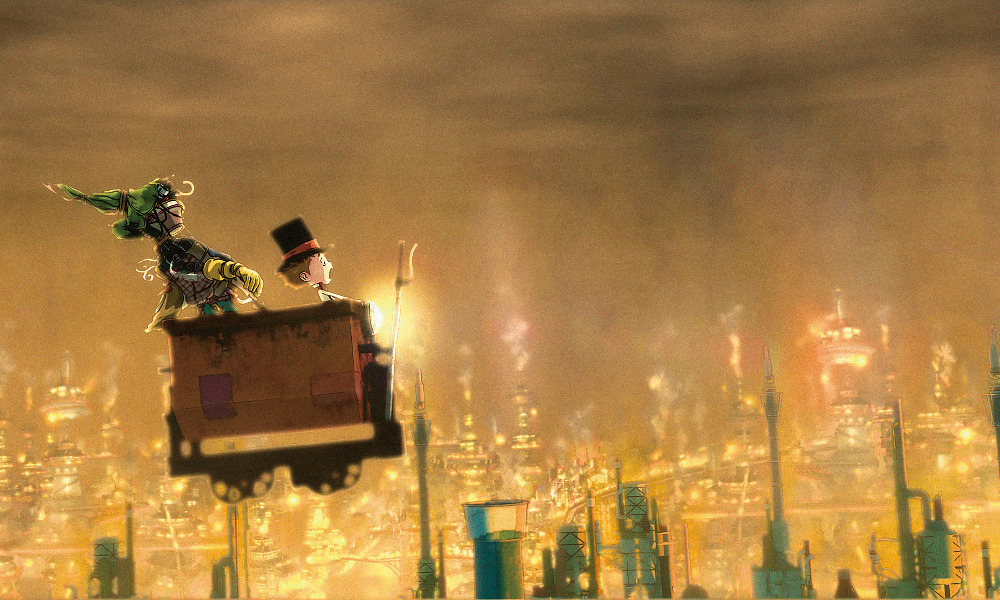 The captivating tale of a little boy with big dreams and the sentient scrap heap at his side, Poupelle of Chimney Town is heading to Premium VOD on May 3, following its nationwide theatrical release, and comes to digital download on May 17 and, for the first time in North America, on Blu-ray + DVD combo pack on May 31, from Eleven Arts and Shout! Factory.

Based on a popular Japanese picture book by celebrated author and creator Akihiro Nishino, the fantastical tale of Lubicchi and Poupelle leaps from pages to the screen. Directed by Yusuke Hirota and produced at Tokyo’s famed STUDIO4ºC, Poupelle of Chimney Town brings to life a unique and inspiring tale about friendship, courage, hope and perseverance to reach for the stars through an awe-inspiring adventure.

The Poupelle of Chimney Town Blu-ray + DVD combo pack contains an exciting movie presentation (featuring both English audio and Japanese audio with English subtitles), insightful bonus content and an exclusive art booklet with a special message from executive producer and creator Nishino. The release is available for pre-order now at ShoutFactory.com. Fans who order the Blu-ray + DVD combo pack from Shout! Factory will receive an exclusive poster while supplies last. 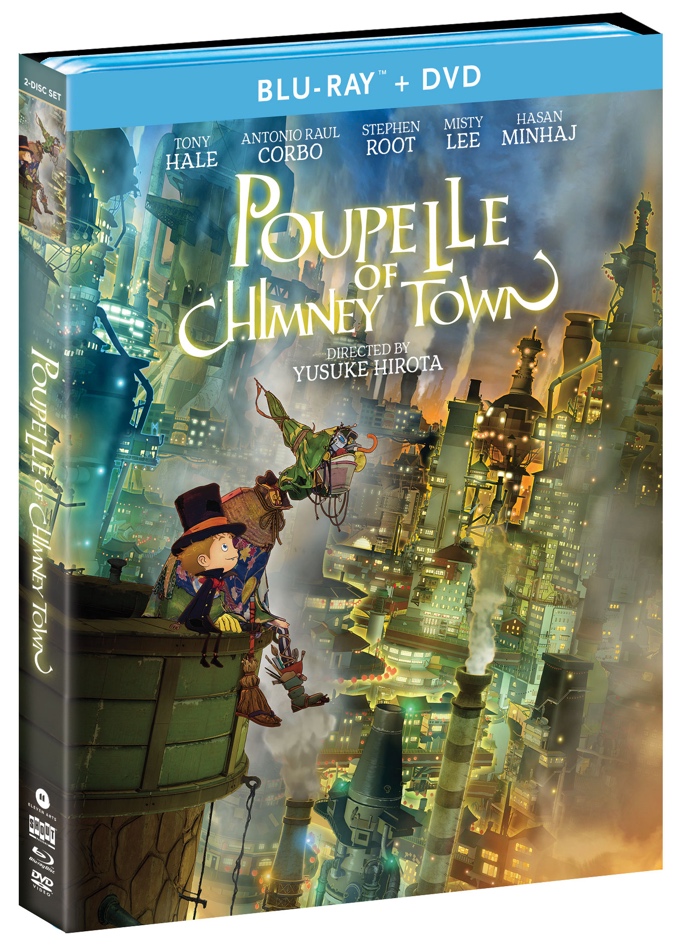 Synopsis: Young Lubicchi ling amid the thick smoke from the chimneys of his isolated town, yearning to see the “stars” his father always told him about — to know the truth. One Halloween night, he meets Poupelle, a man made of garbage, and together they look to the sky as their adventure begins. Spectacularly beautiful, filled with inspiring performances and splendid music and sound effects, Poupelle of Chimney Town brings laughter, tears and joy.

An official selection of Annecy International Animation Film Festival and other renowned festivals, Poupelle of Chimney Town has been recognized with several honors and movie awards nominations, including a Japan Academy Film Prize for Excellent Animation of the Year, a Cristal Award nomination from Annecy for Best Feature, an Annie Awards nomination for Best Music – Feature, and a nomination from Fantasia for the Satoshi Kon Award for Best Animated Feature.