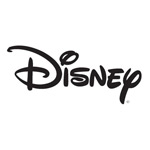 Pocahontas, The Rescuers and The Aristocats are among the classic Disney animated features coming to Blu-ray in 2012 as part of a year-long campaign to grow the studio’s high-definition catalog.

Here are the animated films and their expected release dates:

Each film selected for release has been fully digitally remastered, with dirt and anomalies cleaned to a pristine level, offering viewers optimum high definition picture and sound quality of some of their favorite films.

Treasure Planet is set for release July 3, with the rest expected out in autumn, with specific dates to announced later.

What do you think, Animag readers? Which of these releases are you most excited about? What classic Disney animated features do you still want to see released on Blu-ray?