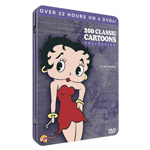 A few great new sets are available on DVD today! Topping our list is the 200 Classic Cartoons Collection and Mr. Magoo: The Television Collection 1960-1977.

Enjoy being buried by an avalanche of retro cartoony goodness this winter with this comedy classics collection. Crank up the generator and prepare to enjoy 20-plus animated delights (roughly 670 minutes of toony joy) starring favorites like Betty Boop, Popeye, Little Audrey, The New Three Stooges, Heckle & Jeckle, Little Lulu, Baby Huey, Fraidy Cat, Herman the Mouse, Buzzy the Crow, Wacky & Packy and Mr. Piper, amongst others. This four-disc set is sure to get you through many a frosty winter’s eve by warming your heart and staving off cabin fever.

Oh, Mr. Magoo, how we’ve missed you. After years of sparse one-off DVD offerings, UPA’s near-sighted, accidental hero is being given star treatment by the folks at Shout! Factory in this 11-disc megaset of his TV series. That’s right, over 180 cartoons totaling over 31 hours of quality Magoo madness. Included in the set are: 26 episodes of The Mr. Magoo Show (1960-61), 26 episodes of The Famous Adventures of Mr. Magoo (1964), 16 episodes of What’s New Mr. Magoo? (1977) and the 1970 TV movie Uncle Sam Magoo. The box also boasts a 20-page commemorative book, and the discs are seasoned with cast interviews. Sadly the Christmas special isn’t included, but if you really loved the little old fella it would be on your shelf already. 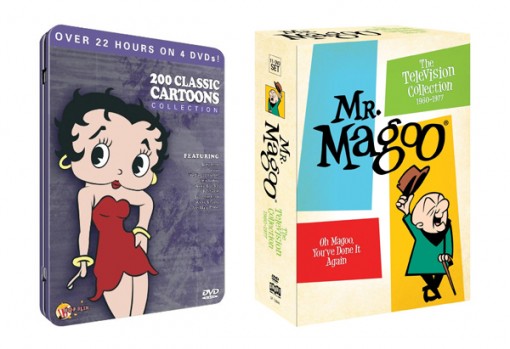