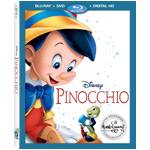 At this weekend’s Destination D: Amazing Adventures event presented by D23 at Walt Disney World Resort, Tyler Slater and Nicole Nalty announced that Disney’s animated classic Pinocchio will join the Walt Disney Signature Collection home entertainment line and presented an all-new trailer for the iconic film. Pinocchio will be available for the first time on Digital HD and Disney Movies Anywhere on Jan. 10, followed by Blu-ray and DVD on Jan. 31 — with hours of new and classic bonus features.

Widely considered one of the best animated features ever made (and holder of a rare 100% Fresh rating on Rotten Tomatoes), Pinocchio tells the tale of wood-carver Geppetto’s beloved puppet who embarks on a thrilling quest – with faithful friend Jiminy Cricket – that tests his bravery, loyalty and honesty, all virtues he must learn to fulfill his heart’s desire: to become a real boy. Released in 1940, the film won Academy Awards for Best Original Score and Best Original Song (“When You Wish Upon a Star”).

Bonus features for Blu-ray, Digital HD and DMA include:

+ Walt’s Story Meetings: Pleasure Island. Pixar’s Pete Docter and Disney historian and author J.B. Kaufman explore artwork recently discovered in Disney’s animation research library revealing some of the attractions, gags and games, which Disney animators created for this iconic location of the film, that never made it on screen.

+ In Walt’s Words – Pinocchio. Archival recordings and interviews with Walt Disney about the film.

+ The Pinocchio Project: “When You Wish Upon a Star.” Music influencers Alex G, Tanner Patrick and JR Aquino from Disney’s Maker Studios gather to create their rendition of the film’s signature song and produce a new music video. 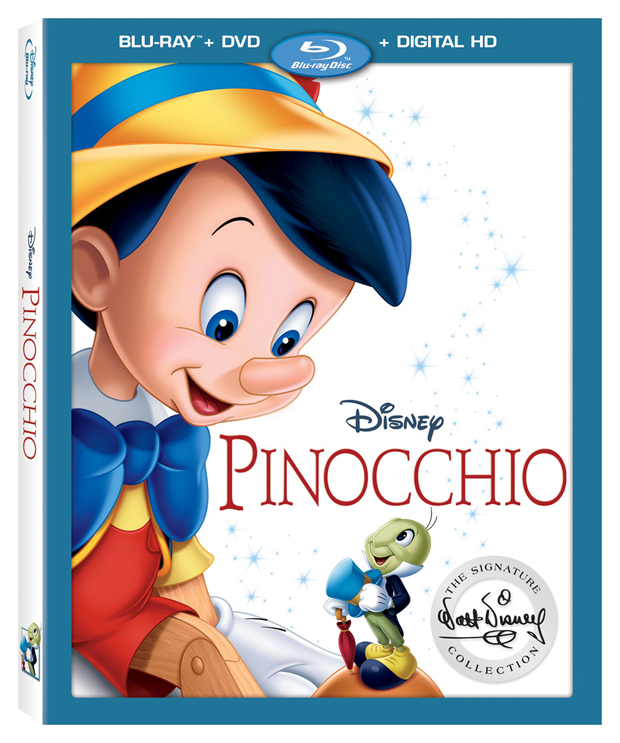