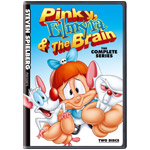 Warner Bros. Home Entertainment will be offering a sensational treat for fans of ’90s cartoons as they release Steven Spielberg Presents: Pinky, Elmyra & The Brain – The Complete Series, a brand new two-disc DVD set, out January 28, 2014. All 13 two-parter episodes of the 2D series, which aired from 1998-99 and earned an Outstanding Animated Children’s Program Daytime Emmy Award in 2000, will be available on disc for the first time, with an SRP of $19.98.

The show kicks off when Acme Labs closes, causing a pair of laboratory mice–the malevolently genius Brain and dim-witted Pinky–to end up in a pet shop, where they are mistakenly snapped up by enthusiastic animal lover Elmyra (from Tiny Toon Adventures). With eccentric Elmyra as their new owner, Pinky and the Brain must endure her torture-tinged affection while continuing to plot for global domination. 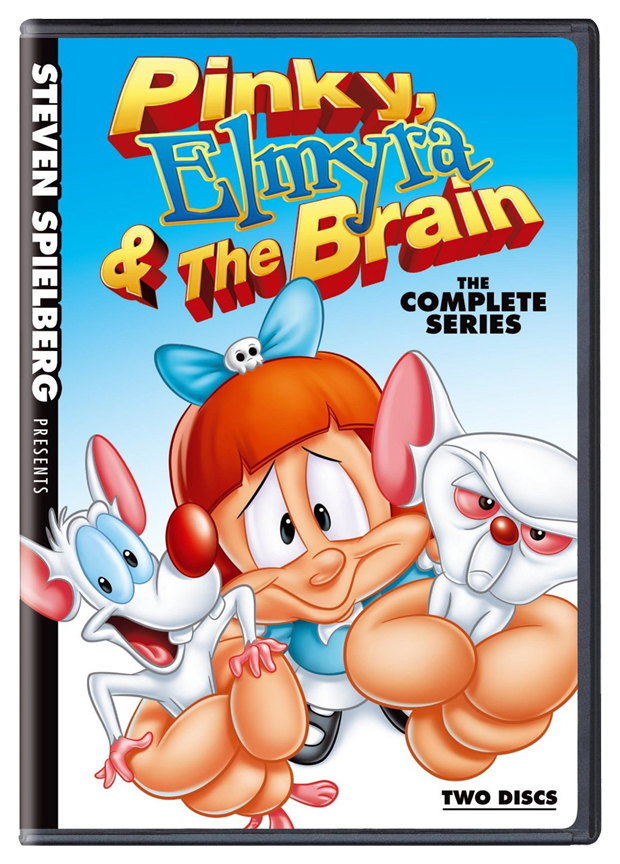