Just in time for Open Season’s 10th anniversary, Sony Pictures Animation will release a new CG feature for the franchise on disc and digital platforms. Open Season: Scared Silly will arrive on Blu-ray Combo Pack, DVD and Digital HD on March 8, 2016 from Sony Pictures Home Entertainment and reunites Elliot, Boog and the rest of the woodland crew.

This fourth Open Season outing is a comedic mystery-adventure, directed by David Feiss — who was head of story on the original film and created Cow and Chicken — and produced by John Bush. The animation is provided by Rainmaker Entertainment.

“My affection for these characters has only grown since we introduced them in Sony Pictures Animation’s first feature,” says Feiss. “We’re having a lot of fun bringing them back for a new adventure—it feels like a big party with old friends.” Feiss also directed the four mini-movies included with the home entertainment release for Cloudy with a Chance of Meatballs 2.

When a case of mistaken identity leads both humans and animals to believe there is a monstrous werewolf on the prowl in Timberline National Forest, former hunter Shaw (voiced by Trevor Devall) seizes on the opportunity to re-open open season. With Shaw on the loose and all the animals at risk, it’s now up to Boog (Donny Lucas), Elliot and Mr. Weenie (Will Townsend) to face their fears, track down the elusive werewolf, and get open season closed permanently. Additional voices: Kathleen Barr (Edna & Bobbi), Garry Chalk (Ed), Melissa Sturm (Giselle). 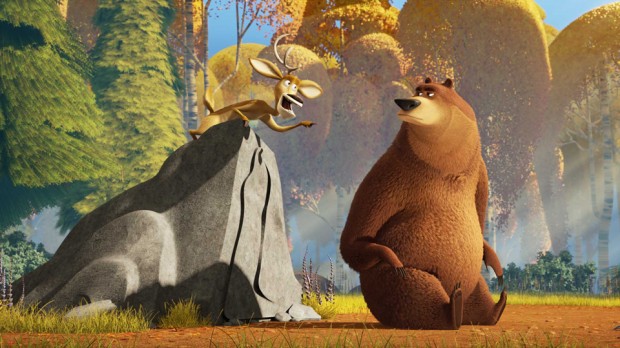