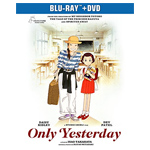 GKIDS announces that pre-ordering is now available for the home entertainment release of Isao Takahata’s Only Yesterday and Ale Abreu’s Boy & the World. Both titles on Blu-ray and DVD will be available in stores and online July 5.

Only Yesterday is set in 1982 and follows Taeko (voiced by Daisy Ridley), a 27-year-old, unmarried woman living in Tokyo. Deciding to travel to visit relatives in the country, the nighttime train ride inspires memories of her young years to flood back: he first crush, the onset of puberty and the frustrations of her school days. At the station she is met by young farmer Toshio (Dev Patel), and encounters with him begin to reconnect he to her former longings. Directed by Takahata and produced by Hayao Miyazaki, Only Yesterday receives its first North American theatrical release with a new Studio Ghibli produced, English-language version through GKIDS in celebration of its 25th anniversary.

Boy and the World from Brazilian artist Ale Abreu is an Academy Award-nominated masterpiece of music, color and visual innovation. The story follows a young boy named Cuca, whose cozy rural life is shattered when his father leaves for the big city, prompting the lad to embark on a quest to reunite his family. As Cuca’s journey progresses, Abreu’s animation takes on greater complexity as the boy’s small world expands. The film illustrates the clash between village and city, hand crafted and mechanized, rich and poor — and throughout the tumult, the heart and soul of the people. 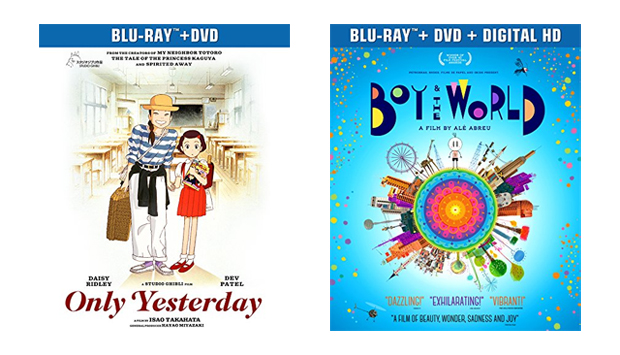 Only Yesterday / Boy & the World