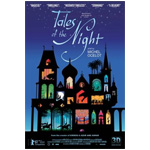 French helmer Michel Ocelot’s acclaimed animated feature Tales of the Night will be released on DVD/Blu-ray and VOD on January 9, via Cinedigm Ent. Group.

The well-received feature, which was released by GKIDS in September of 2012, extends the shadow puppet style of Ocelot’s earliest works, with black silhouetted characters set off against exquisitely detailed Day-Glo backgrounds bursting with color and kaleidoscopic patterns. The film weaves together six exotic fables each unfolding in a unique locale, from Tibet, to medieval Europe, to the Land of the Dead:

The Werewolf. Two sisters are in love with the same dashing young man. The older girl wins the young man’s heart through deceit, leaving her younger sister in despair. But this perfect man has a terrible secret.

Ti Jean and the Belle-Sans-Connaître. In the Antilles, a carefree boy breezes along whistling. He enters a cave and goes down, down, down, deeper than he could ever imagine. Will nothing strike fear into his heart or break his stride?

The Chosen One And The City Of Gold. Amidst grand ceremony, a girl is given in sacrifice to a strange beast, and in exchange her people will receive much gold. The girl has a sweetheart who opposes the arrangement – but the creature is invincible!

Boy Tam-Tam. A boy taps away all day long, on anything he can find, driving everyone crazy. He’d love to own a real drum, or better still, the magic tam-tam, which can make anyone dance.

The Boy Who Never Lied. A horse that can speak is a rarity, but not so rare as a boy who never lies. The King of Tibet makes a bet that no one can make his stable boy tell a lie. His cousin accepts the bet – but he has a formidable secret weapon.

The Doe-Girl And The Architect’s Son. A young man sees his beloved transformed into a doe before his own eyes by a jealous sorcerer. The elusive Caress Fairy is the only one able to help him, but she’s so very hard to find.

“Storytelling is my language. When I do it, I’m in my element,” says Ocelot (Azur and Asmar, Kirikou and the Sorceress, Kirikou and the Wild Beast) who has won several major awards for his animated films. “I’ve always made little things in relief, cut-outs, collages, and so on. Technological advancements enabled me to return to a certain enchantment in my early work.”

DVD and Blu-ray bonus features include: an interview with Michel Ocelot; a featurette with Ocelot titled The Festival of Color: Storytelling through Animation the original French audio track with English subtitles; and a U.S. theatrical trailer. Written and directed by Michel Ocelot; Christophe Rossignon and Philip Boëffard, producers; Eve Machuel, associate producer; music by Christian Maire. 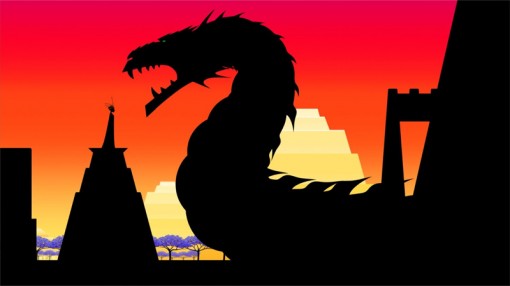 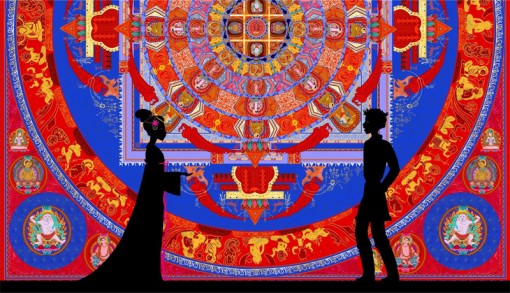 You may also like...
Related Topics:Azur and Asmar, Blu-ray, Boy Tam-Tam, Christian Maire, Christophe Rossignon, Cinedigm Ent. Group, DVD, Eve Machuel, Gkids, Kirikou and The Sorceress, Kirikou and the Wild Beast, Michel Ocelot, Philip Boëffard, Tales of the Night, The Boy Who Never Lied, The Chosen One And The City Of Gold, The Doe-Girl And The Architect's Son, The Festival of Color: Storytelling through Animation, The Werewolf, Ti Jean and the Belle-Sans-Connaître, VOD