Sony Pictures Home Entertainment has debuted a brand-new trailer for Surf’s Up 2: Wavemania. The CG sequel to the Oscar-winning 2007 animated comedy is a coproduction with WWE Studios, with some of wrestling’s biggest Superstars hanging ten alongside the familiar Sony characters. Wavemania is due out in early 2017.

Cody Maverick, hungry for a new challenge, convinces an infamous big wave riding crew known as The Hang 5, voiced by WWE Superstars John Cena, The Undertaker, Triple H, WWE Diva Paige and Mr. McMahon, to let him join them on their journey to a mysterious surf spot known as The Trenches, where legend has it, they’ll find the biggest waves in the world. Cody soon discovers that the life he left behind might be more heroic than what any death-defying wave has to offer. 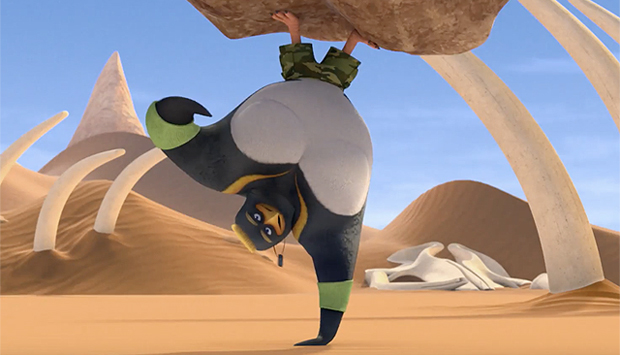