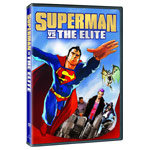 It’s a Plane. It’s a Train. It’s a brand spanking new animated Superman movie, which lands on DVD and Blu-ray this Tuesday (June 12). The new DC Comics Premiere feature, Superman vs. The Elite is written by acclaimed comics writer Joe Kelly, based on his original 2011 DC Comics release What’s So Funny About Truth, Justice and the American Way?. The plot finds the Man of Steel’s effectiveness as a superhero coming into question when a new group of powerful crusaders hit the streets. As superheroes, the Elite know no bounds, and are more than willing to kill, even on a massive scale, to stop villainy—putting them on a collision course with the ever-ethical Superman.

The Warner Bros. Animation film is directed by Michael Chang (Batman: Brave and the Bold), exec produced by Bruce Timm (Batman: Year One) and produced by Alan Burnett (Green Lantern: Emerald Knights) is producer. George Newbern (Father of the Bride) reprises his Justice League animated television role as Superman, and Pauley Perrette (NCIS) provides the voice of Lois Lane. David Kaufman (Justice League: Doom) also reprises his Justice League TV series role as Jimmy Olsen. The Blu-ray/DVD double disc combo back is priced at $24.98, while the DVD version can be found on amazon for about $15. 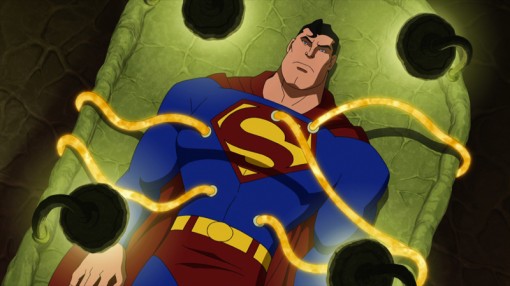 Here’s a clip from the movie: 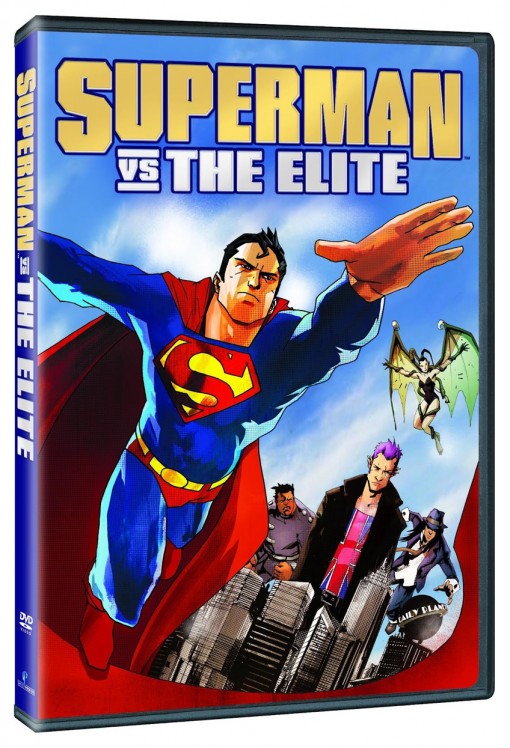 Superman vs. The Elite DVD