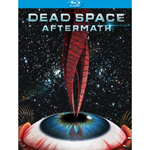 Original animated video features make their mark this week with a pair of sequels:  Open Season 3 (Sony, $28.95 DVD, $34.95 DVD/Blu-ray), a sequel to the 2006 theatrical release and the 2008 home-video sequel. This edition sees Boog and Elliot join a Russian circus, courtesy of writer David I. Stern and director Cody Cameron.

Gamers in particular will take note of Dead Space: Aftermath (Anchor Bay Entertainment, $26.98 DVD, $34.99 Blu-ray), which ties into the simultaneous release of the game Dead Space 2, from Visceral Games and Electronic Arts. Aftermath is directed by Mike Disa and written by Brandon Auman.

The Mystery Machine has been refurbished and rebooted for a new generation, and fans can finally bring home the fun with Scooby-Doo Mystery Inc.: Season 1 Vol. 1 (Warner Bros., $14.97).

Fans of vintage animation will be anxious to take home She-Ra: The Complete Series (Vivendi, $99.99), collecting the classic 1980s spinoff from He-Man and the Masters of the Universe.