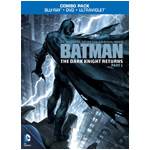 Warner Bros. Home Ent. has released a new clip from its upcoming animated feature Frank Miller‘s The Dark Knight Returns. The pic is exec produced by Bruce Timm, directed by Jay Oliva and written by Bob Goodman. It features Peter Weller as the voice of Batman, David Selby as Comissioner Gordon, Ariel Winter as Robin, Wade Williams as Two-Face, and Michael McKean as Dr. Bartholomew Wolper. Batman: The Dark Knight Returns – Part 1 will be released on Blu-ray on September 25th.

“It’s been a decade since Bruce Wayne hung up his cape, following most of the other superheroes who had been forced into retirement. Facing the downside of middle age, a restless Bruce Wayne pacifies his frustration with race cars and liquor – but the bat still beckons as he watches his city fall prey to gangs of barbaric criminals known as The Mutants. The return of Harvey Dent as Two-Face finally prompts Wayne to once again don the Dark Knight’s cowl, and his dramatic capture of the villain returns him to crime-fighting – simultaneously making him the target of law enforcement and the new hope for a desolate Gotham City. Particularly inspired is a teenage girl named Carrie, who adopts the persona of Robin and ultimately saves Batman from a brutal attack by the Mutant leader. Armed with a new sidekick, and re-energized with a definitive purpose, the Dark Knight returns to protect Gotham from foes new…and old.” 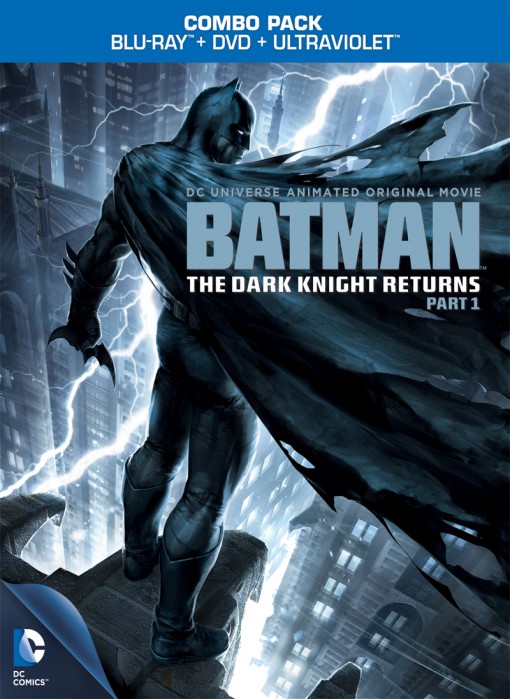