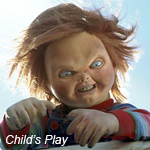 It looks like Chucky, the homicidal ginger-haired doll of the Child’s Play film series has come out of retirement. Directed and written by original creator Don Mancini, the new direct-to-DVD Universal Home Ent. feature Curse of Chucky began principal photograph in Winnipeg, Canada this week.

“Since his introduction to audiences in Child’s Play almost a quarter-century ago, Chucky has haunted the nightmares of a generation of moviegoers,” said Glenn Ross, General Manager and Executive Vice President, Universal 1440 Entertainment. “Returning to his roots in one of the most provocative horror franchises, this new sequel will shock longtime fans of the series and newcomers alike.”

Curse of Chucky stars Fiona Dourif (The Master, Deadwood), A Martinez, Danielle Bisutti (Get Smart, CSI: Miami) and Brennan Elliott. Brad Dourif (The Lord of the Rings, Dune) once again returns to provide the voice of Chucky, the scary doll possessed by the spirit of notorious serial killer Charles Lee Ray, who returns to settle some unfinished business.

In case you’re curious about the new outing, here is the official plotline:

“Nica (Fiona Dourif) is grieving over the gruesome suicide of her mother when her domineering older sister Barb (Danielle Bisutti) arrives with her young family in tow to help settle their mother’s affairs. As the sisters butt heads over Nica’s plans for the future, Barb’s young daughter comforts herself with a grinning, red-haired talking doll named Chucky (voiced again by Brad Dourif) that recently arrived mysteriously in the mail. But as a string of brutal murders begins to terrorize the household, Nica suspects the doll may hold the key to the bloodshed. What she doesn’t know is that Chucky has a personal score to settle. He’s determined to finish a job he started more than 20 years earlier, and this time he’s going to see it through to the bloody and shocking end.” 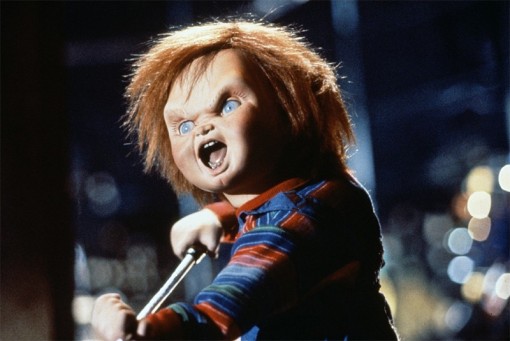