Dallas-based home ent. distributor NCircle Entertainment has acquired DVD distribution rights for The Gruffalo’s Child, the follow up to Magic Light Pictures’ Oscar-nominated short The Gruffalo. NCircle will be releasing the animated special on DVD August 14, 2012.

Based on the companion book written by Julia Donaldson and illustrated by Axel Scheffler, The Gruffalo’s Child centers on the monster’s tyke who ignores her father’s warnings never to go into the woods alone for fear of The Big Bad Mouse, and instead sets out to find the legendary creature. The half-hour special premiered on the U.K.’s BBC1 last Christmas and stars Helena Bonham Carter, Rob Brydon, James Corden, Robbie Coltrane, John Hurt, Tom Wilkinson and newcomer Shirley Henderson as the Gruffalo’s child. Johannes Weiland and Uwe Heidschotter directed the film, which was produced by Magic Light in association with Germany’s Studio Soi.

NCircle will be promoting the DVD release with national TV and radio advertising as well as a broad social media campaign in the coming months. 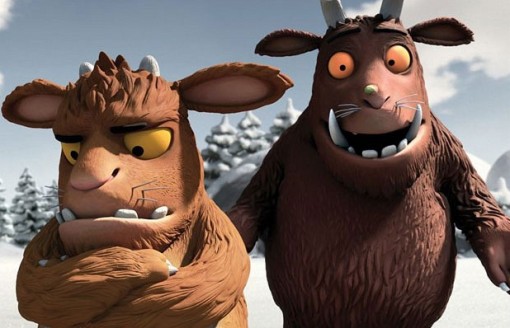