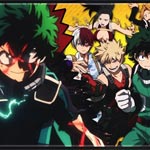 One of the big hits of the last few years, the broadcast series My Hero Academia (2016) blends two popular anime genres — the battling superhero adventure and the high school drama. In addition to the three seasons of the broadcast series and an OAV, a theatrical feature is slated for release in Japan this summer.

Academia is set in an alternate universe where 80 percent of children are born with “Quirks:” special powers that can be developed until the possessors become superheroes or arch-villains. To his enormous chagrin, Izuku “Deku” Midoriya (Justin Briner) was born without a Quirk. He grew up as the ultimate superhero fanboy, filling notebooks with details of every hero’s abilities and accomplishments. His lack of power doesn’t stop Deku from charging into dangerous situations if he sees someone in need of help.

His selfless courage impresses the greatest superhero: All Might (Christopher R. Sabat), who looks like Superman re-imagined by the Beach Boys. All Might finds a way to give his Quirk, the staggeringly powerful All for One, to Deku. As he didn’t grow up with this power, Deku faces a steep learning curve before he can effectively harness it.

He secures a place at U.A. High, the prestigious school known for training elite superheroes. He may lag behind his classmates in his ability to manipulate his power, but his years of studious note-keeping have taught him how to analyze an opponent’s strengths and weaknesses — and plan an effective counter strategy. Deku’s modesty, sincerity and dedication win him the respect and affection of many of his naturally gifted classmates.

The second season of the shows begins with a tournament in the best Dragon Ball Z/Yu Yu Hakusho tradition, pitting the bizarre-looking U.A. students against each other. Many of the Quirks are decidedly off-the-wall, which makes the fights unpredictable and fun to watch. The team events show Deku working with his classmates, especially Ochaco Uraraka (Luci Christian), whose Quirk enables her to negate gravity, and the hawk-headed Fumikage Tokoyami (Josh Grelle), who fights with a shadow monster.

The gifted but arrogant Katsuki Bakugou (Clifford Chapin), who raged at the presence of the formerly Quirk-less Deku in his chosen school, plays a smaller part in this season’s adventures. Many of the students dismiss him as a bully.

Deku has a much more interesting frenemy in Shoto Todoroki (David Matranga), the son of Endeavor (Patrick Seitz), the No. 2-ranked superhero. Endeavor’s hatred for All Might has become an obsession. He raised his son to defeat All-Might and take his place as  No. 1. In flashbacks, the viewer sees how Endeavor mistreated his wife and bullied his son to achieve his goal. Shoto despises his father, and fights only with his right hand, which commands an ice power that recalls Frozone’s in The Incredibles, which he inherited from his mother. He would rather lose than employ the fire his left hand controls — which came from his overbearing father.

Deku is more interested in helping his troubled classmate overcome his pain than in winning the tournament. He works to convince Shoto to use his full potential and become the strongest version of himself he can. Deku desperately wants to reach the top to justify the faith others have in him, but how he wins is as important to him as winning. He draws strength from the bond with his friends: He may beat them in a match, but he’d never use them as stepping stones, which Katsuki will cheerfully do. Deku’s complexity sets him apart from the equally determined but more simple-minded heroes in many other anime series. Briner delivers a strong performance as Deku, projecting both his integrity and his insecurity.

As the tournament nears its conclusion, the villain who will occupy the second half of the season appears: Stain the Hero Killer. Has Deku gained enough control over his All for One power to help the others subdue this savage enemy? 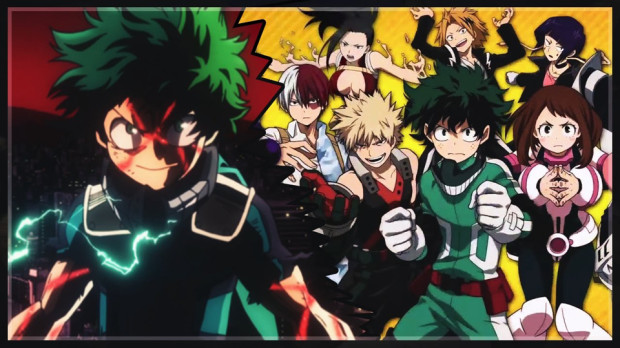 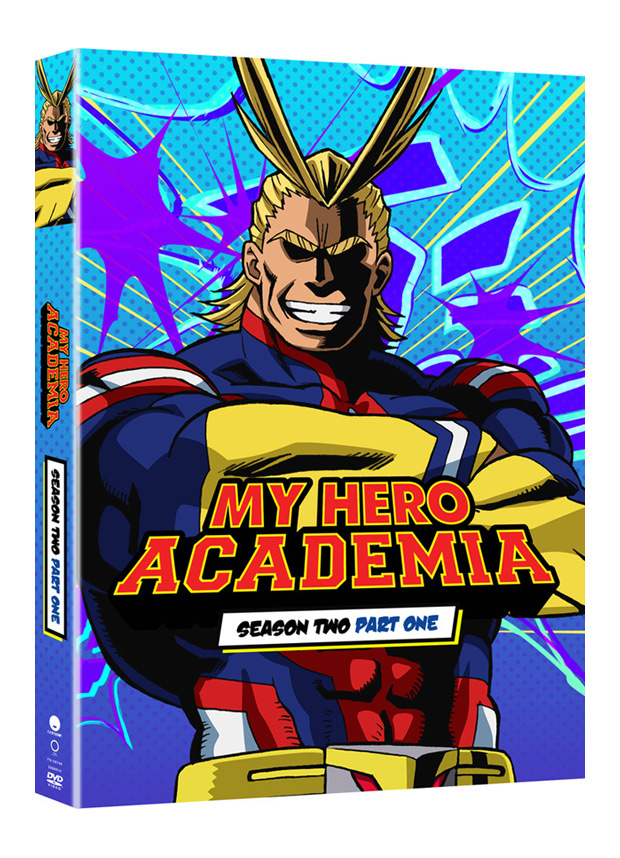