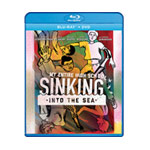 The much-lauded labor-of-love indie animation My Entire High School Sinking into the Sea is coming to Blu-ray combo pack on January 23, thanks to GKIDS and Shout! Factory. Available for pre-order, the highly original feature is also heading to EST/VOD outlets.

Written and directed by acclaimed graphic novelist Dash Shaw, the vibrant blend of teen dramas and blockbuster disaster movies is accompanied on disc by audio commentary from Shaw, a selection of short films and a spotlight on the film’s artwork.

Dash (Jason Schwartzman) and his best friend Assaf (Reggie Watts) are preparing for another year at Tides High School, muckraking on behalf of their widely-distributed but little-read school newspaper, edited by their friend Verti (Maya Rudolph). But just when a blossoming relationship between Assaf and Verti threatens the boys’ friendship, Dash learns of an administration cover-up that puts all the students in danger. As disaster erupts and the friends race to escape through the roof of the school, they are joined by a popular know-it-all (Lena Dunham) and a lunch lady (Susan Sarandon) who is much more than meets the eye.

My Entire High School Sinking into the Sea is one of the 26 animated features under consideration for Oscar nomination. 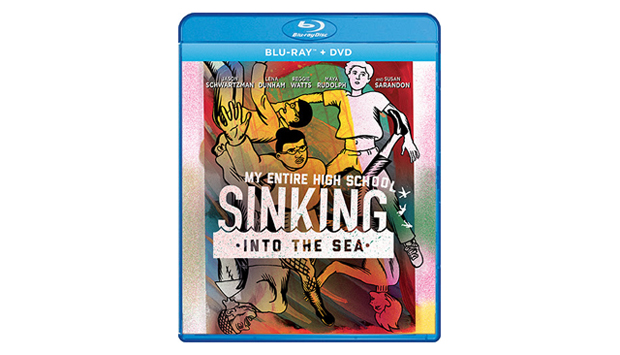