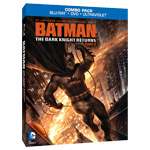 Special features for the Blu-ray Combo Pack include a sneak peek at the next DC Universe toon Superman: Unbound, all-new featurette The Joker: Laughing in the Face of Death, Superman vs. Batman: When Heroes Collide docu, From Sketch to Screen animatic featurette with Oliva, a ‘look back’ at The Dark Knight Returns, Part 1, two bonus episodes from Batman: The Animated Series (“The Last Laugh” and “The Man Who Killed Batman”) and an episode from The New Batman Adventures (“Legends of the Dark Knight”) hand-picked by producer Alan Burnett, and a digital comic excerpt from The Dark Knight Falls by Frank Miller. 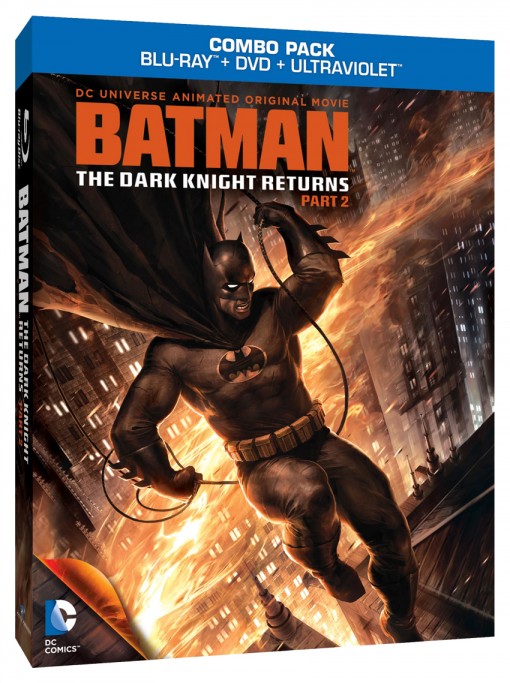