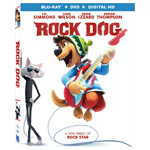 Viewers are invited to party with a new breed of rock star next month, as Lionsgate releases heartwarming family comedy Rock Dog on Digital HD on May 9, and Blu-ray (MSRP $34.99), DVD ($29.95) and On Demand on May 23. The music-driven adventure is written and directed by Oscar nominee Ash Brannon (Surf’s Up), from the original graphic novel by Zheng Jun.

Rock Dog‘s rise to stardom begins when a radio falls from the sky and into the hands of a wide-eyed Tibetan Mastiff. Finding a new passion, the pup leaves his rural home to fulfill his dreams of becoming a musician and sets a series of unexpected events into motion. The film’s voice cast features J.K. Simmons, Luke Wilson, Eddie Izzard, Lewis Black and Kenan Thompson.

The Blu-ray, DVD and Digital HD releases include some fun bonus materials, including the music video for “Glorious” and four featurettes: “Finding the Fire: The Making of Rock Dog,” “Mic Check: Casting the Voices,” “A Rockin’ New World: Animating Rock Dog” and “Rock Dog and Roll: Exploring the Music.” 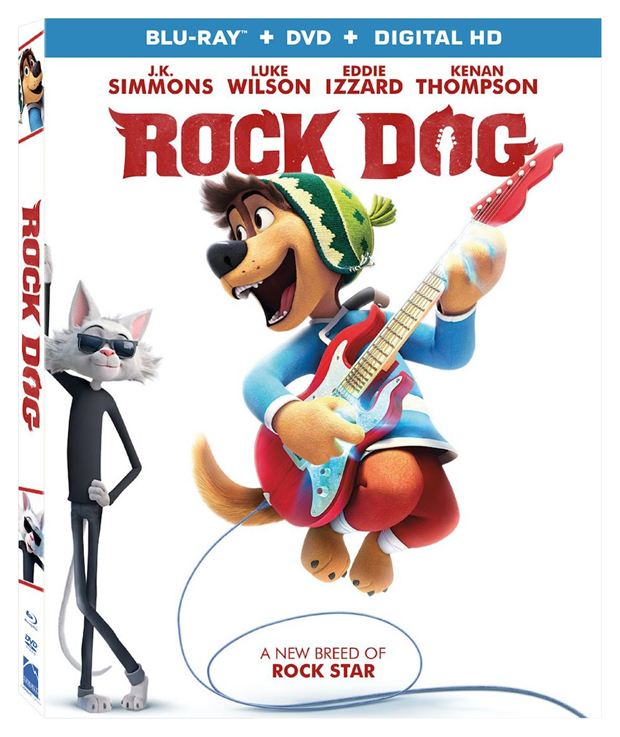