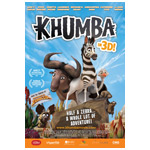 Millennium Entertainment will release South African studio Triggerfish’s acclaimed animated feature Khumba on DVD and Blu-ray on January 14. The film stars Jake T. Austin (Wizards of Waverly Place), Liam Neeson, Steve Buscemi, AnnaSophia Robb and many more. Directed by Anthony Silverston and co-written by Anthony Silverston, Raffaella Delle Donne and Jonathan Roberts (The Lion King, Monsters Inc., The Hunchback of Notre Dame), the movie was released in theaters for an Oscar-qualifying run on December 6. The title will be available at Walmart stores on DVD and DVD/Blu-ray Combo Pack on January 14, 2014. Khumba will be available on DVD, DVD/Blu-ray Combo Pack and VOD everywhere on February 11, 2014.

The movie centers on the adventures of a young zebra, born with only half his stripes, who is rejected by his superstitious herd and blamed for a sudden drought affecting the land. Teaming up with a sassy wildebeest and a flamboyant ostrich, Khumba sets out on a daring mission across the Karoo desert to find the legendary waterhole where the first zebras got their stripes.

Here is the Khumba trailer: 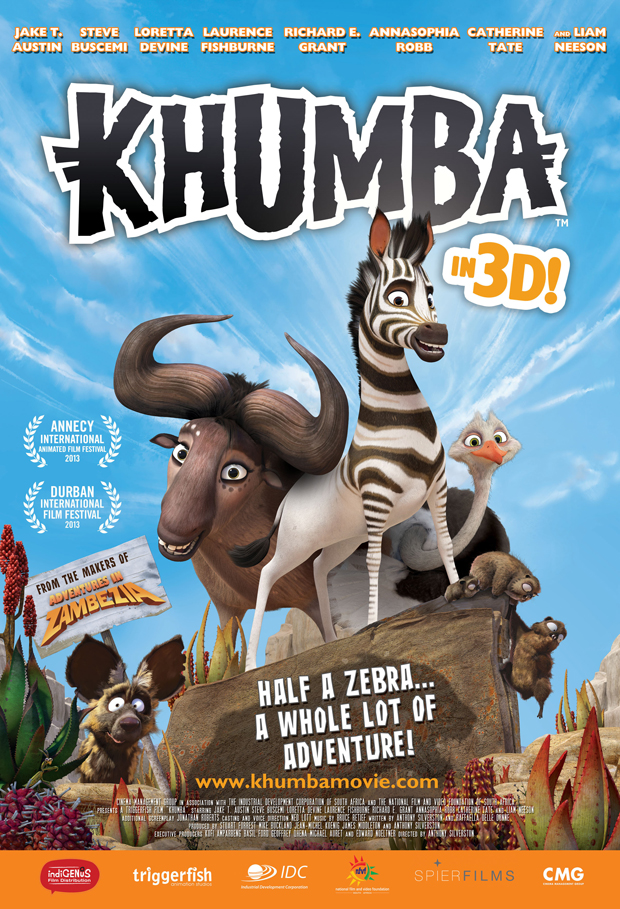