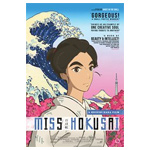 Award-winning director Keiichi Hara (Colorful, Summer Days with Coo) and acclaimed Japanese animation studio Production I.G have scored another filmic victory with the powerful, historical tale of Miss Hokusai — available on DVD and Blu-ray March 7 through Universal Pictures Home Entertainment. The anime feature reveals the life of O-Ei, daughter of the revered artist Hokusai, set in Edo-period Japan (17th-19th centuries), who diligently works in her father’s studio producing coveted works to be sold under his name.

To celebrate the film’s highly anticipated home video release, Animation Magazine will be offering a very cool giveaway pack in the next couple weeks, so be sure to check the website regularly or sign up for our email newsletter so you don’t miss it!

The two-disc Blu-ray + DVD + Digital HD combo pack includes an exclusive behind-the-scenes bonus feature: “The Making of Miss Hokusai,” which follows director Hara and the Production I.G team along their creative journey. The DVD release offers an excerpt featurette from the “Making of.”

Synopsis: As all of Edo flocks to see the work of the revered painter Hokusai, his daughter O-Ei toils diligently inside his studio. Her masterful portraits, dragons and erotic sketches — sold under the name of her father — are coveted by upper crust Lords and journeyman print makers alike. Shy and reserved in public, in the studio O-Ei is as brash and uninhibited as her father, smoking a pipe while sketching drawings that would make contemporary Japanese ladies blush. But despite this fiercely independent spirit, O-Ei struggles under the domineering influence of her father and is ridiculed for lacking the life experience that she is attempting to portray in her art. Miss Hokusai’s bustling Edo (present day Tokyo) is filled with yokai spirits, dragons, and conniving tradesmen, while O-Ei’s relationships with her demanding father and blind younger sister provide a powerful emotional underpinning to this sumptuously-animated coming-of-age tale.

You can read more about Miss Hokusai in the November 2016 issue of Animation Magazine. 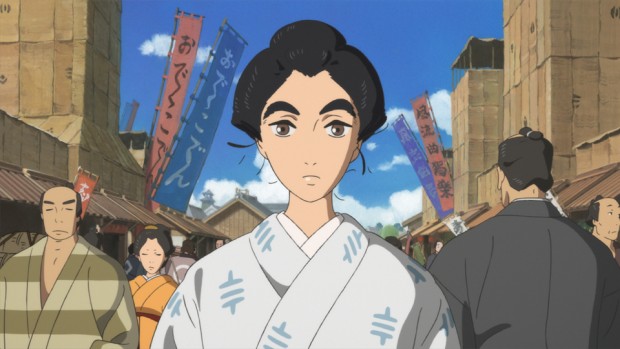