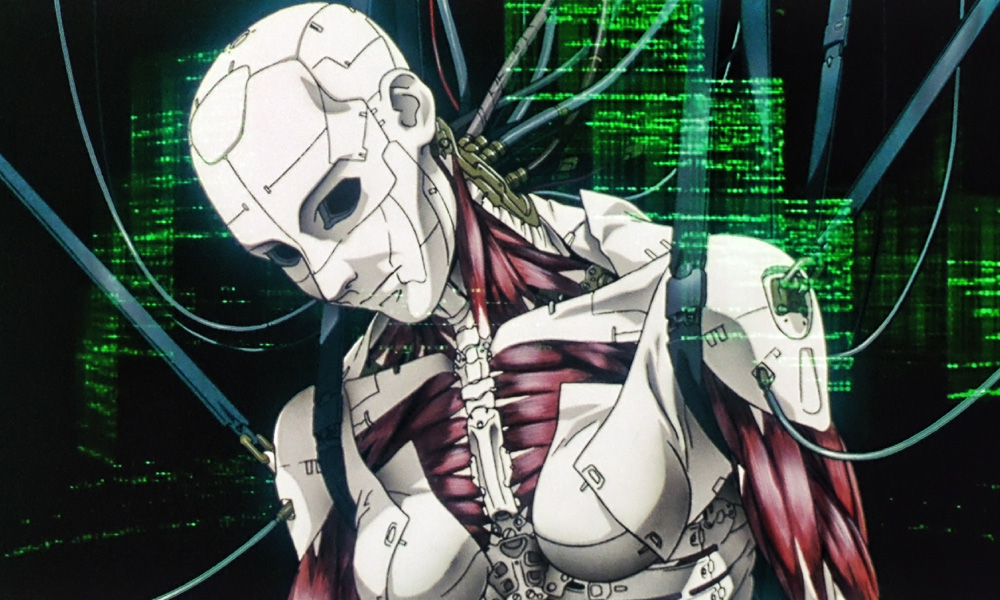 Fans can celebrate the 25th anniversary of one of the most critically acclaimed anime films of all time when Ghost in the Shell arrives on 4K Ultra HD Combo Pack (plus Blu-ray and Digital 4K Ultra HD) and Digital 4K Ultra HD on September 8 from Lionsgate. Remastered in Dolby Vision and Dolby Atmos, and featuring fan-favorite commemorative artwork from pop illustrator Martin Ansin – along with brand new bonus material – this will be the most definitive Ghost in the Shell package to date. 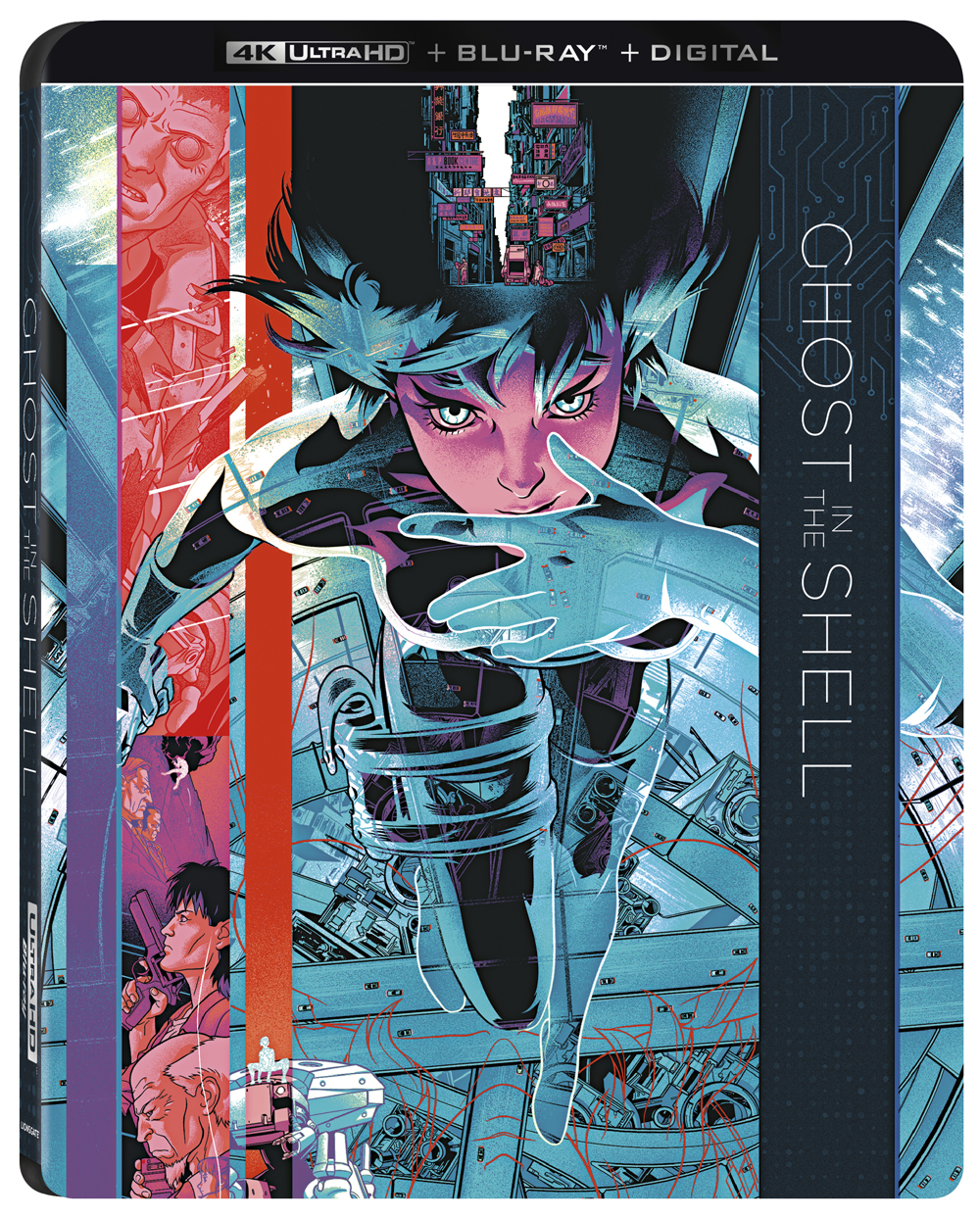 Synopsis: 2029: A female cybernetic government agent, Major Motoko Kusanagi, and the Internal Bureau of Investigations are hot on the trail of “The Puppet Master,” a mysterious and threatening computer virus capable of inﬁltrating human hosts. Together with her fellow agents from Section 9, Kusanagi embarks on a high-tech race against time to capture the omnipresent entity. Director Mamoru Oshii‘s award-winning cyber-tech thriller, based on the beloved manga by Shirow Masamune, is lauded as one of the leading Japanese animation ﬁlms of all time.

The Ghost in the Shell 4K Ultra HD Combo Pack will be available for the suggested retail price of $22.99.

In addition to the 4KHD combo pack, the release will be offered in an exclusive SteelBook set featuring artwork by Clio Award-winning Mexican artist Orlando Arocena, available only from Best Buy. 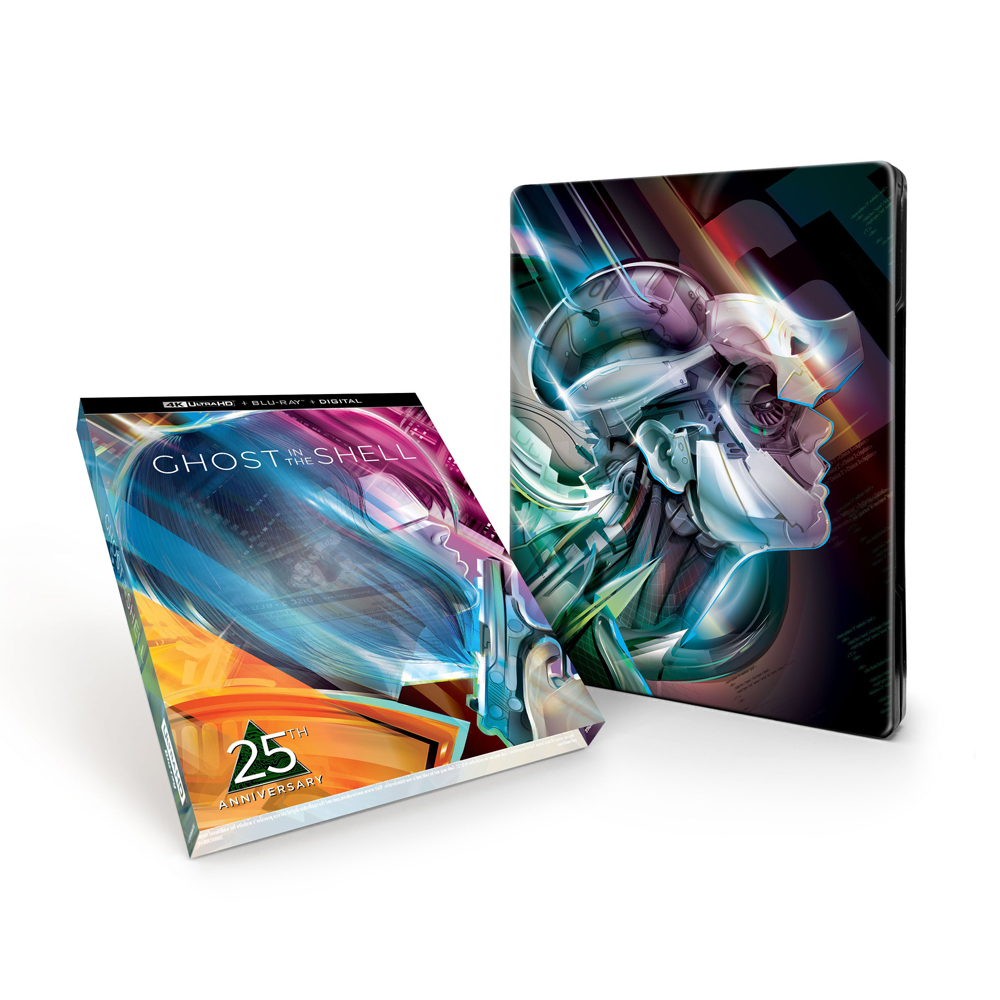 Ghost in the Shell SteelBook