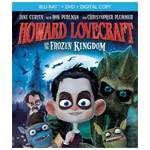 Shout! Factory will be unleashing some eldritch horrors on the home entertainment scene this fall, with the new animated movie Howard Lovecraft and the Frozen Kingdom arriving on disc and digital on September 27. The feature adventure from Arcana Studio and Sean Patrick O’Reilly (Pixies) is based on the bestselling graphic novel by Bruce Brown.

Howard Lovecraft and the Frozen Kingdom is centered on a the famed horror and fantasy writer as a young lad of infinite imagination and boundless curiosity. Written, directed and produced by O’Reilly, the film’s voice cast is lead by Emmy winner Jane Curtin (3rd Rock from the Sun), Golden Globe winner Ron Perlman (Hellboy, Fantastic Beasts and Where to Find Them), Oscar winner Christopher Plummer (Beginners, Up), Doug Bradley (Hellraiser), Kiefer O’Reilly (DC’s Legends of Tomorrow) and Alison Wandzura (CW’s Van Helsing).

Now available for pre-order (receive an exclusive poster while supplies last!), Howard Lovecraft and the Frozen Kingdom will be released by Shout! Factory on Sept. 27 as a two-disc Blu-ray + DVD combo (w/ digital copy), DVD (w/ digital copy), on Digital HD, VOD and through Redbox.

Before he becomes the famed horror writer H. P. Lovecraft, young Howard Lovecraft is a curious and imaginative boy living with his mother. But after she unwittingly gives Howard the legendary Necronomicon, he is transported to a dangerous and frozen world populated by horrifying creatures. After saving and befriending one such creature – Spot – Howard and his new friend set off on a perilous quest to save the kingdom and get Howard home. But Howard soon finds out that not everything is as it seems and not everyone is to be trusted. 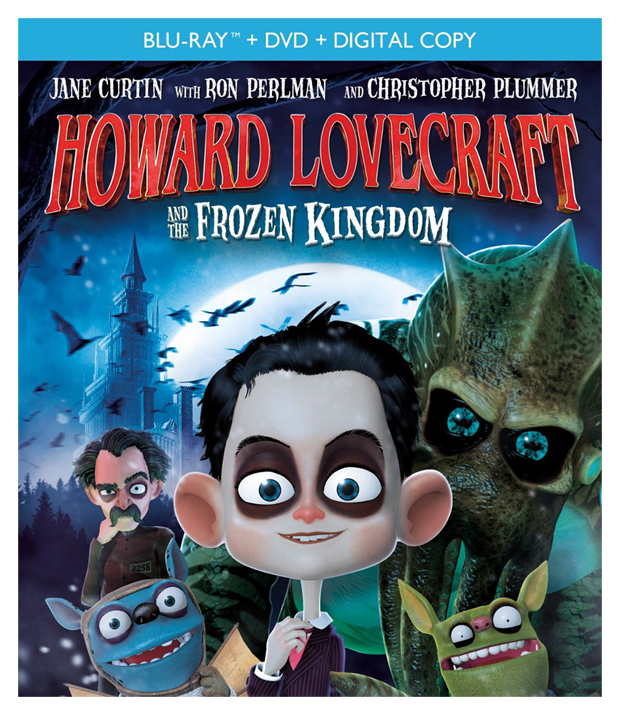 Howard Lovecraft and the Frozen Kingdom