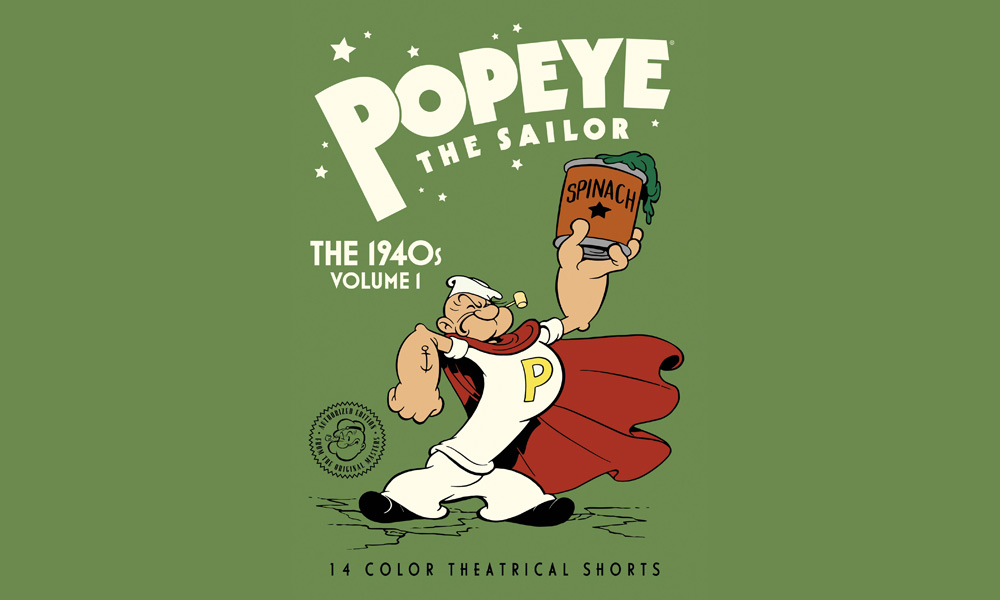 One of the biggest stars of American animation history returns in a specially remastered new Blu-ray and DVD release from Warner Archive Collection. Popeye the Sailor: The 1940s, Volume 1 is a 14-cartoon collection featuring many shorts unseen in their original form for more than 60 years, presented in 1080p HD created by WB Motion Picture Imaging from 4K scans of the original nitrate Technicolor negatives. The single-disc release will be available December 11 through wb.com/warnerarchive and online retailers.

The set features the first two Technicolor seasons of Popeye theatrical shorts (1943-44 and 1944-45) produced by Paramount’s Famous Studios in New York – starting with “Her Honor the Mare” through to “Mess Production.” This first ever authorized Blu-ray release of the color cartoons comes as Popeye prepares to mark his 90th anniversary in 2019. The character first appeared on January 17, 1929 in E.C. Segar’s comic strip The Thimble Theater.

“This is a landmark moment in Warner Bros. providing animation enthusiasts with the ability to own treasured animated classics from our library with the best possible quality, aimed directly at the adult animation collectors,” says George Feltenstein, Senior Vice President, Theatrical Catalog, Warner Bros. Home Entertainment. “Popeye is a beloved character whose popularity has endured for 90 years – starting as a comic strip, continuing as a headliner in motion pictures for almost 25 years, and cherished for decades on television. Warner Bros. has been pleased to bring earlier incarnations, including the renowned Fleischer cartoons, to DVD, and now we continue to cater to animation superfans with this first installment of Famous Studios cartoons.”

As part of Warner Bros. decades-long corporate film preservation program, the restoration process on these cartoons has been meticulous. Dirt, debris and any film damage has been repaired from the original sources, most of which have not been touched in over 70 years. WAC has ensured great care was taken to keep the animation authentic to its original look on movie theater screens in the 1940s. The entire Popeye library is currently undergoing this process.

“Popeye is one of the all-time great cartoon characters, but he hadn’t gotten a fair shake in the world of home entertainment until Warner released all of his black & white shorts,” said Leonard Maltin, animation historian and author of Of Mice and Magic: A History of American Animated Cartoons. “What came next? The first Technicolor Popeye cartoons were also the last ones made under the aegis of the Fleischer Brothers, Max and Dave. Animation aficionados should welcome the opportunity to see these long-forgotten cartoons in such pristine condition, taken from the original 35mm negatives.”

“This is the first time anyone has gone back to the master nitrate negatives to ensure a crisper picture and vivid colors – nor have these films ever sounded so good,” said animation historian and author Jerry Beck. “The animators at this time, during the war years, were allowed to push the Popeye character forward, creating particularly zany plot lines and funny situations beyond the classic Popeye/Bluto rivalry for Olive Oyl. I’m particularly tickled over the cartoon where Bluto becomes a pseudo-Superman (courtesy of a licensed tie-in with DC Comics) and another where Popeye and Bluto romance Olive as marionette puppets. This was the ‘Golden Age’ of animation – and these are particularly strong cartoons that have been long in demand by animation buffs.” 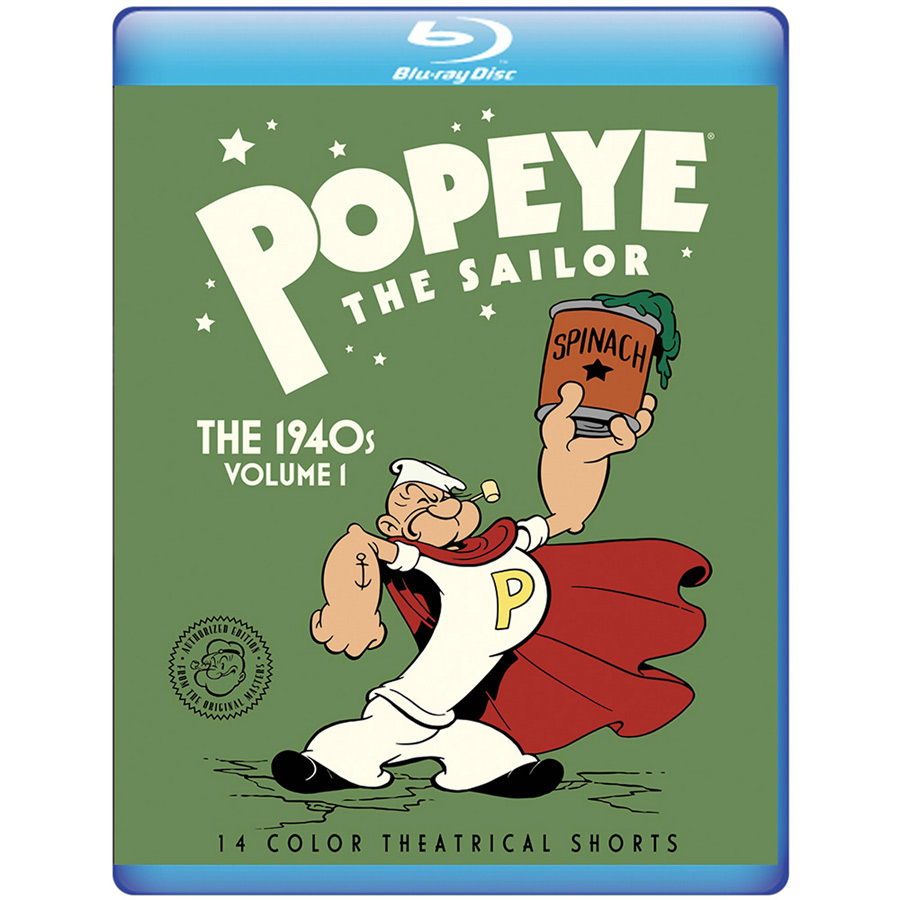