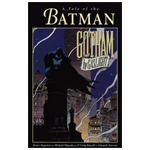 A popular late ’80s one-shot that pits the Dark Knight against the dark side of the Victorian era is the next DC Universe Original Movie, as revealed in the bonus features list on the upcoming Batman and Harley Quinn home entertainment release. The next DC Ent. and Warner Bros. Animation collaboration, Batman: Gotham by Gaslight will be the first adaptation of a comic from the non-canon Elseworlds line.

Written by Brian Augustyn with art by Mike Mignola (creator of Hellboy) and inked by multiple Harvey and Eisner Award winner P. Craig Russell, Gotham by Gaslight is an early steampunk tale set in 1889. Bruce Wayne and his night-flyer alter ego get caught up in a ghastly crime wave which pits his sleuthing abilities against Jack the Ripper in a mortal race against the clock. Gaslight kicked off the Elseworlds imprint in 1989, and proved popular enough that a sequel arrived in 1991 — Master of the Future, written by Augustyn and drawn by Eduardo Barreto.

While a planned videogame adaptation was scrapped in 2012, leaked footage and concept art created quite an appreciative buzz amongst fans. “Gaslight Batman” went on to appear in other games: As a champion in Infinite Crisis, an exclusive skin in Arkham Origins, and as a DLC character for LEGO Batman 3. 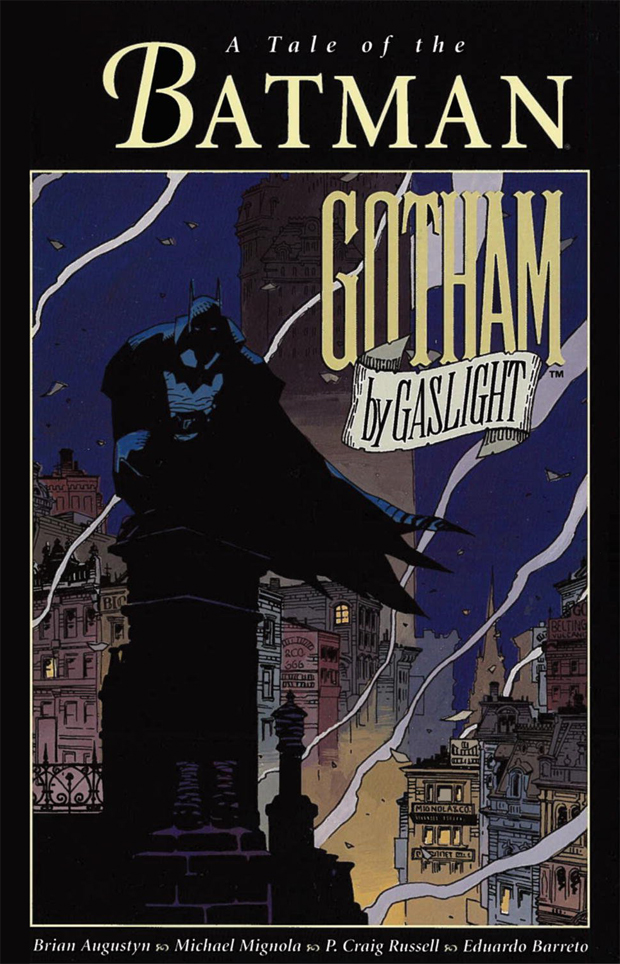