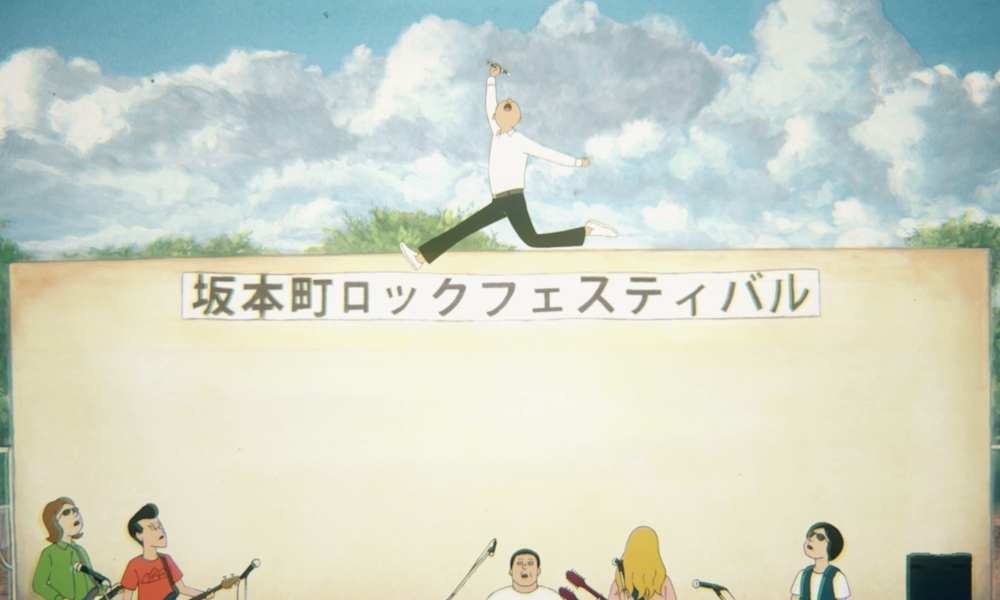 GKIDS and Shout! Factory have announced the March 9, 2021 release of On-Gaku: Our Sound on Blu-ray + DVD and digital platforms. An expansive collection of bonus features includes four short films from director Kenji Iwaisawa, in addition to a feature-length “Making of” documentary, a live performance, storyboards and more.

Animated almost entirely by Iwaisawa, and featuring a lead performance by Japanese alt-rock legend Shintaro Sakamato, On-Gaku: Our Sound presents a highly original take on the beloved slacker comedy: a lo-fi buddy film with a blaring musical finale that will leave you wanting an immediate encore!

Synopsis: When you’re a bored teenager looking for thrills, sometimes the only thing you can turn to is rock ‘n’ roll. Having no skill, money or even a full set of drums, a feared trio of high school delinquents nevertheless decide they are destined for musical glory in a quest to impress their only friend, avoid a rival gang and — most importantly — jam out.

On-Gaku: Our Sound was an official selection at the 2020 Annecy Film Festival, and winner of the Nelvana Grand Prize at the 2019 Ottawa International Animation Festival. GKIDS presents the film in U.S. theaters starting December 11.