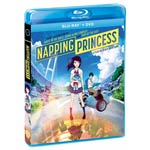 Kenji Kamiyama’s highly acclaimed 2017 feature Napping Princess is coming home in North America this month when GKIDS and Shout! Factory present the whimsical reality-hopping adventure on Blu-ray + DVD combo pack on January 30. The latest from writer-director Kamiyama, whose credits include Ghost in the Shell: SAC and Eden of the East, the film blends themes of accelerating tech development with the fantastic world of the imagination. Napping Princess is nominated in the Best Animated Feature – Independent category for this year’s Annie Awards. It won the Animated Feature prize at the 2017 Fantasia Film Festival.

The set comes with bonus features including interviews with Kamiyama and the voice cast, intro at the Japanese release, Okayama Scenery, special TV program, trailers and TV spots.

Synopsis: The year is 2020, three days before the opening of the Tokyo Olympics. While she should be studying for her exams, Kokone Morikawa often dozes off, entering a dream-world called Heartland full of fantastic motorized contraptions. But when her father, a talented but mysterious mechanic, is kidnapped for stealing technology from a powerful corporation, it’s up to Kokone and her childhood friend Morio to save him. Together they realize that Kokone’s dream-world holds the answers to the mystery behind the stolen tech, uncovering a trail of clues to her father’s disappearance and ultimately a surprising revelation about Kokone’s family. 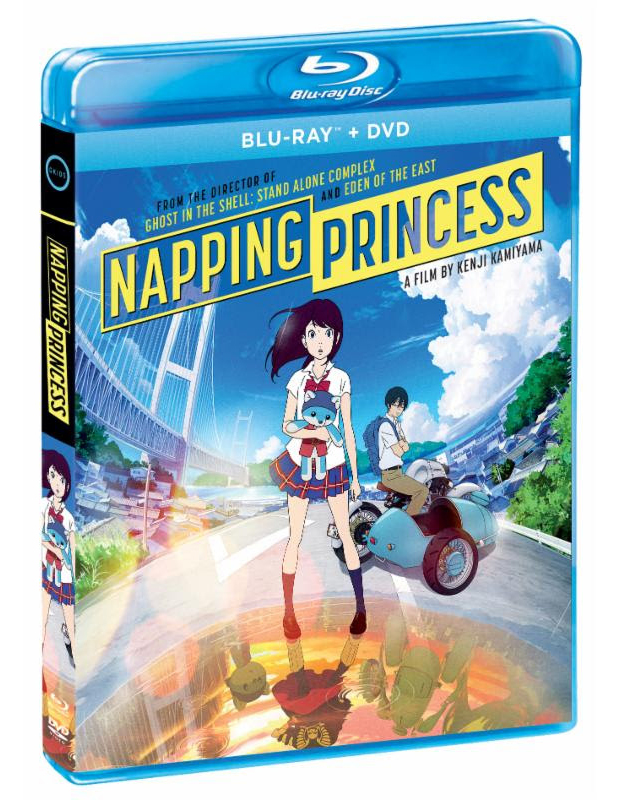