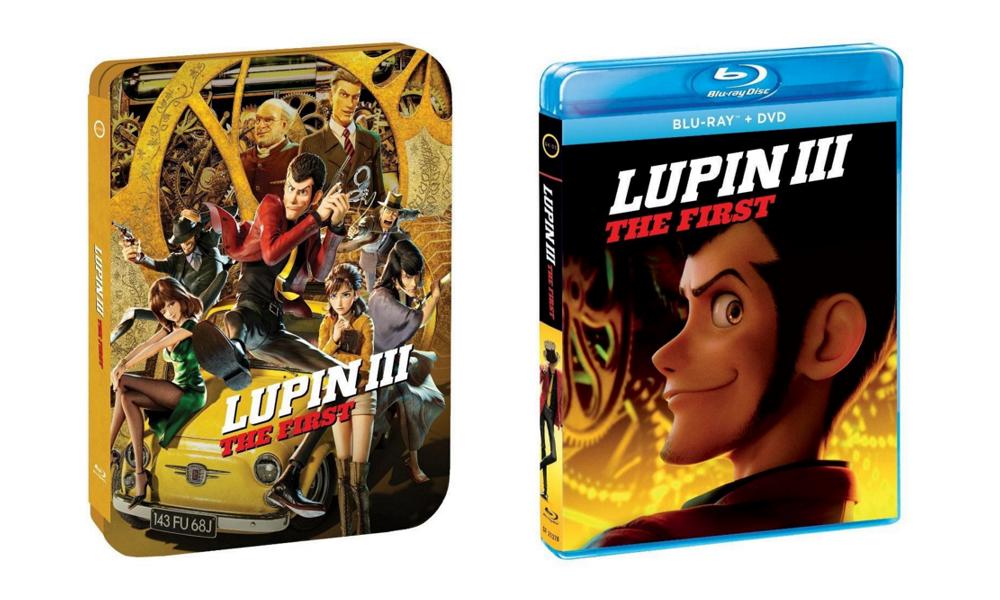 One of the most influential characters in anime returns with a new adventure as Lupin III: The First makes its way to home entertainment this winter, following a North American theatrical run. Introducing the beloved characters in CG animation for the first time, the film will be released on digital download-to-own on December 15, and on Blu-ray + DVD combo pack, as a standalone DVD and as a SteelBook edition of the Blu-ray combo on January 12, 2021 from GKIDS and Shout! Factory.

This release will be presented in both the original Japanese version and a new English dubbed version, featuring the return of the beloved English cast that has voiced previous Lupin films and series. Bonus features exclusive to the Blu-ray include interviews with director Takashi Yamazaki and the Japanese voice cast. The SteelBook edition also includes a beautiful, 16-page booklet featuring character concept art. Fans who order their Blu-ray + DVD combo pack or SteelBook copies from shoutfactory.com will receive an exclusive 18×24” lithograph, while supplies last — pre-orders are now open.

Synopsis: The iconic “gentleman thief” Lupin III returns in an action-packed, continent-spanning caper, as Lupin III and his colorful underworld companions race to uncover the secrets of the mysterious Bresson Diary before it falls into the hands of a dark cabal that will stop at nothing to resurrect the Third Reich. The gang undertakes trap-filled tombs, aerial escapades and daring prison escapes with the trademark wit and visual finesse that have made Lupin the 3rd one of the most storied animation franchises in the world, in this electric adventure that is sure to steal the hearts of fans old and new.

The all-new English language dub film will feature the voices of Tony Oliver, Doug Erholtz, Michelle Ruff, Richard Epcar and Lex Lang returning to their roles within the franchise, and Laurie C. Hymes, J. David Brimmer and Paul Guyet joining the cast for this latest adventure.