GKIDS is deepening its relationship with acclaimed Japanese animation house Studio Ghibli with a new partnership that will see the stateside production-distribution co. handle home entertainment for Ghibli’s film catalog in North America. GKIDS has handled theatrical rights for Ghibli films since 2010, and is currently partnering with Fathom Events on the six-part Studio Ghibli Fest.

“GKIDS is absolutely thrilled and honored to be the home of the treasured Studio Ghibli catalog,” says GKIDS CEO Eric Beckman. “These are among my favorite films of all time and we are more than excited to be able to introduce these films to new audiences.”

Beginning October 17, GKIDS will begin reissuing new Blu-ray and DVD editions of Studio Ghibli’s renowned films — kicking off with six titles from Academy Award-winning director Hayao Miyazaki: Howl’s Moving Castle, Kiki’s Delivery Service, My Neighbor Totoro, Ponyo, Princess Mononoke, and Spirited Away, followed by Castle in the Sky and Nausicaä of the Valley of the Wind on October 31. The remaining titles (listed below) will follow in the coming months. 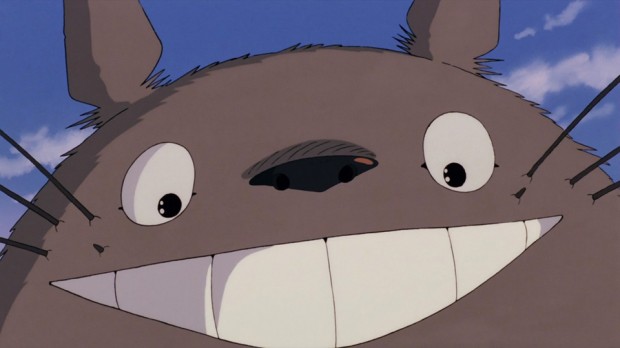