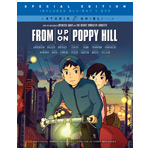 Indie New York-based distributor GKIDS and Cinedigm have launched a new multi-platform animation label. GKIDS will continue to distribute the films theatrically while Cinedigm will handle ancillary distribution under the GKIDS brand.

The first title to be released under the new partnership is Goro Miyazaki’s acclaimed feature From Up on Poppy Hill. Other new titles will include Jean Francoise Laguionie’s The Painting, Joann Sfar’s The Rabbi’s Cat, Hiroyuki Okiura’s A Letter to Momo, Ignacio Ferrera’s award-winning Wrinkles, Rémi Bezançon and Jean-Christophe Lie’s Zarafa, and Laurent Boileau and Jung Henin’s animated documentary Approved for Adoption. Cinedigm also handles the homevid distribution of GKIDS’ three Oscar-nominated features The Secret of Kells, Chico & Rita and A Cat in Paris, as well as Michel Ocelot’s Tales of the Night.

“We are looking forward to teaming up with Cinedigm to build the U.S. market for international animation,” said GKIDS President, Eric Beckman. “As anyone who has discovered the films of Studio Ghibli will attest, some of the most exciting animated filmmaking is taking place outside the US. We are thrilled to be able to share these wonderful movies with a growing American audience for animation in all its forms.”

The Blu-ray and DVD release of From Up on Poppy Hill will feature over three hours of bonus materials and includes: original Japanese language and English language versions with subtitles and dubtitles; feature-length storyboards; celebrity cast recording featurette with behind-the-scenes footage and interviews; an interview with Goro Miyazaki; original Japanese trailer and TV spots; the music video for the theme song by Aoi Teshima; and a featurette about Yokohama, exploring the history of the sea-side setting where the film takes place. Bonuses exclusive to the Blu-ray edition include a staff speech and press conference by Hayao Miyazaki days after the Fukushima earthquake; and a 20-page booklet containing the original project proposal by Hayao Miyazaki and a letter from Goro Miyazaki. 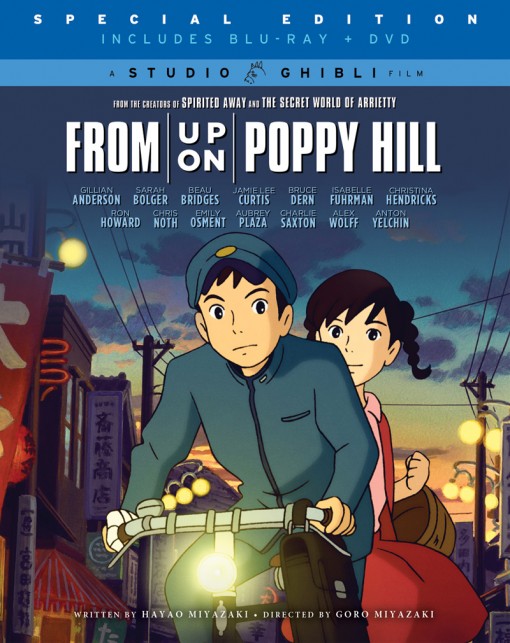