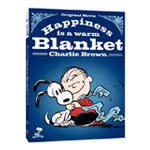 The Peanuts gang is back in a new stand-alone DVD special in Happiness Is a Warm Blanket, Charlie Brown.

It’s not every day that an animator chooses to quit his day job at Pixar for a better offer, but that’s exactly what director Andy Beall decided to about a year and a half ago. That’s when he was asked to helm a new animated DVD special based on Charles M. Schulz’s beloved Peanuts comic strip. A lifetime devotee of the Peanuts world, Beall says he jumped at the opportunity to direct the special, which is titled Happiness Is a Warm Blanket, Charlie Brown. 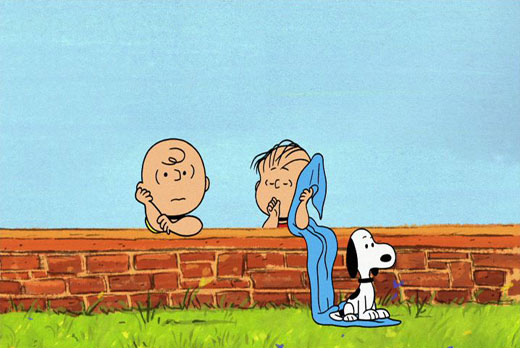 “I have been a huge fan all my life,” says Beall. “Charles Schulz and the Peanuts specials were one of the main reasons I was drawn to animation. So I used to visit  the Schulz Museum in Santa Rosa [Calif.] and a friend of mine knew Paige Braddock who runs it. So I came here to have a nerd day and it was cartoonist love at first sight. We got along very well, and she revealed to me that a new special was in the works and they needed someone to guide them through the production. I didn’t think I was going to work on it fulltime, but it kind of snowballed. It was really hard for me to say no because I got to work with characters that I love and have played a big part in my childhood.” 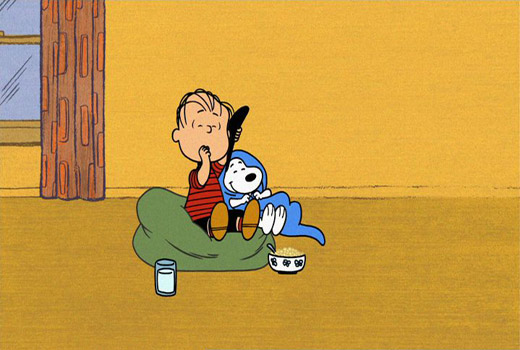 The new 46-minute special centers on Linus, who is devastated when he discovers that his grandmother plans to get rid of his cherished security blanket. Of course, Charlie Brown, Lucy, Snoopy and the rest of the gang are more than happy to give him all kinds of advice about his dilemma. According to the director, the big overall theme is about everyone’s insecurities. “All these kids have their own insecurities,” says Beall. “Linus has the blanket, and perhaps, his is the most obvious, but everyone has their own sources of fear and insecurity. They all find their own way to get through life and find their way.”

One of the qualities that sets this particular outing apart from recent efforts is that its visual style is inspired by the comic strips that were created in the 1960s. “I wanted to take the special back to the style people most identify with Peanuts—the same look that they had in the Christmas and Halloween specials,” says Beall. “It’s pretty crazy, because there have been over 50 Peanuts specials produced over the years, but people really remember the holiday-themed specials.” 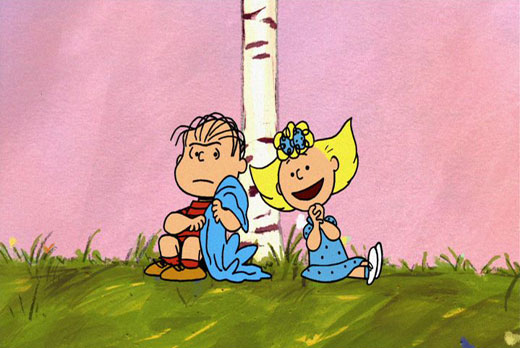 In addition to Beall, the production has an outstanding creative pedigree: It is exec produced by Craig Schulz (the son of Peanuts creator), Paige Braddock (Eisner-winning artist and creative director of Charles M. Schulz Creative Assoc.)  and animation veteran Linda M. Steiner (Teen Titans, The Batman) and is written by popular comic-book artist Stephan Pastis (Pearls Before Swine). Frank Molieri (The Simpsons Movie, The SpongeBob SquarePants Movie) was also co-director of the special with Beall.

“Maybe it’s because I can see so much of my own family life embedded in these years, but I like the Peanuts strips my dad drew in the 1960s the best,” says Craig Schulz. “We tried to show how all kids have security issues, not just Linus, and not all are as secure as one would think!” 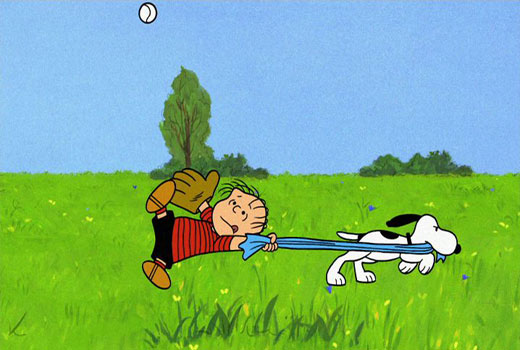 The job of producing the animation for the special went to the creative team at Los Angeles-based W!LDBRAIN Entertainment, the studio behind such popular shows as Yo Gabba Gabba!, The Ricky Gervais Show and the upcoming Umigo multiplatform property. As W!LDBRAIN president Michael Polis tells us, he also felt a lot of affinity for the Schulz characters, especially Linus. “At my house, we can really identify with the characters and story,” he notes. “One of my twin boys is a lot like Linus when it comes to his blanket. I spent hours searching for it when it was misplaced and explaining to a heartbroken child why ‘blankie’ needed to take a bath and wasn’t really missing. The beauty of Peanuts is the connection it makes with people and how that connection carries through from childhood to adulthood. Every time I look at the well-worn and well-loved blankie in my son’s arms, I know first hand that Happiness is a Warm Blanket!”

W!LDBRAIN animation’s general manager Marge Dean also believes that die-hard Peanuts fans will really appreciate the care given to recreate the original designs from the strip’s influential ’60s-era material. “I think the fans will really appreciate some of the original characters that are brought back to life in this special, including Shermy, Patty and Violet,” she adds. 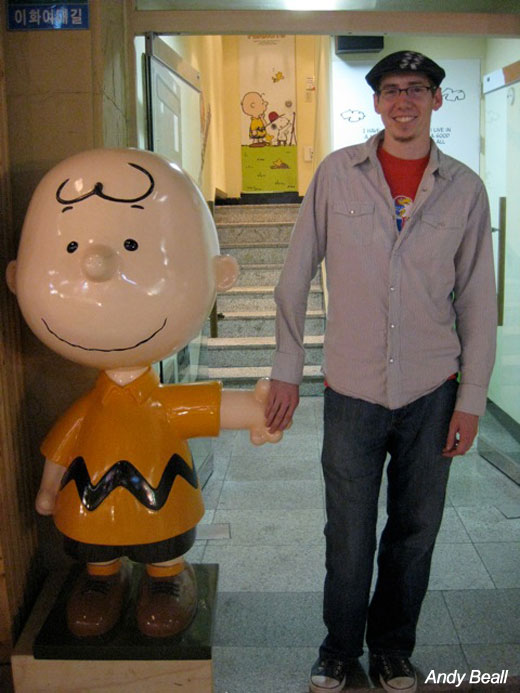 One of the main challenges of Happiness was creating 44-minutes of top-notch 2D animation in only 51 weeks. “I have to tell you that I was doing the model sheets at home after I got home from my day job at Pixar,” says Beall, who worked on a very impressive string of animated features, including The Incredibles, Ratatouille and Up before playing with Linus and Snoopy. “My office at Pixar was full of Peanuts toys and collectibles,” he says. “So people who knew me realized how perfect this job was for me.”

Beall and the W!LDBRAIN team worked on about 20 percent of the original work, including creating all the models, storyboards and walk cycles, and painted all the backgrounds in gouache and watercolor. Then, the service work was sent out to the Yearim Productions (American Dad, The Cleveland Show) animation studio in Korea. 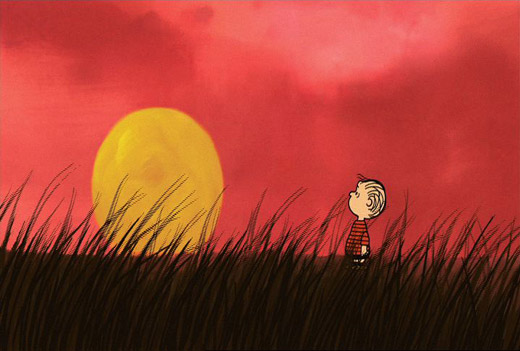 In addition to the tight production schedule, the team had to deal with the fact that viewers are used to seeing 22-minute packages of the animated Peanuts universe. “It’s a big challenge to keep the momentum and the emotional punch of the material working in a 44-minute story,” explains Beall. “You have to expand the four-panel world of these characters into a story that has a solid overall story arc, and that is often easier said than done!”

One key element of the classic shows missing from the new production was the hugely influential and beloved music by Vince Guaraldi, who passed away in 1976. Luckily, the producers managed to bring in Mark Mothersbaugh, who is the man behind the unique and memorable music from The Life Aquatic, Regular Show and Cloudy with a Chance of Meatballs. “His score is melancholy, childlike and very appealing,” says Beall. “It think we were very lucky to have his music for the show because his music was a perfect match for the special.”

The team at the Schulz studio are also looking at developing more projects based on the Peanuts gang. “If Happiness is successful, we are definitely going to develop more titles down the line,” says Beall, who has worked alongside animation heavyweights like Brad Bird and Tony Fucile in his 15-year career. “We’ve definitely learned a lot in the process, so we get even better further down the line. What you have to keep in mind is that all of the classic Peanuts shows addressed themes that really resonated with the audiences, whether it was The Great Pumpkin which talked about faith, or the Christmas special which is about depression and commercialism—all of these subjects have stood the test of time. And when you’re watching them as children, you enjoy them because there are no adults, the kids seem to be in control and having fun!” 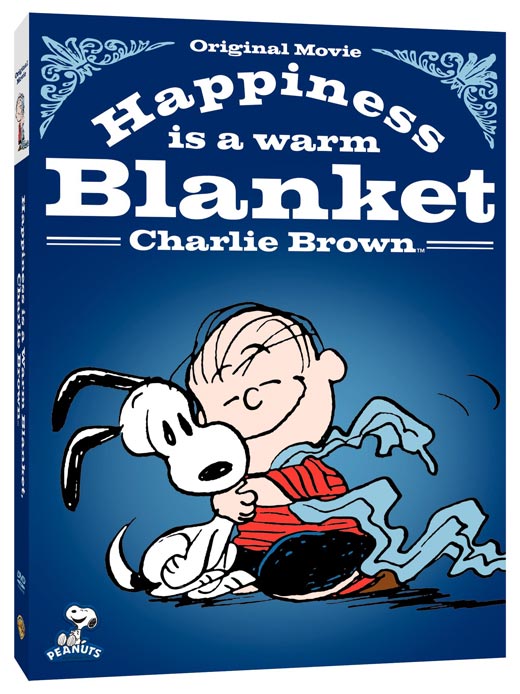 Warner Bros. Premier’s Happiness Is a Warm Blanket, Charlie Brown was released in the U.S. on DVD on March 29 ($19.98). The DVD also includes Deconstructing Schulz: From Comic Strips to Screenplay, Happiness is … Finding the Right Voice, 24 Frames Per Second: Drawing and Animating a Peanuts Special and a deleted scene with an intro by Andy Beall.