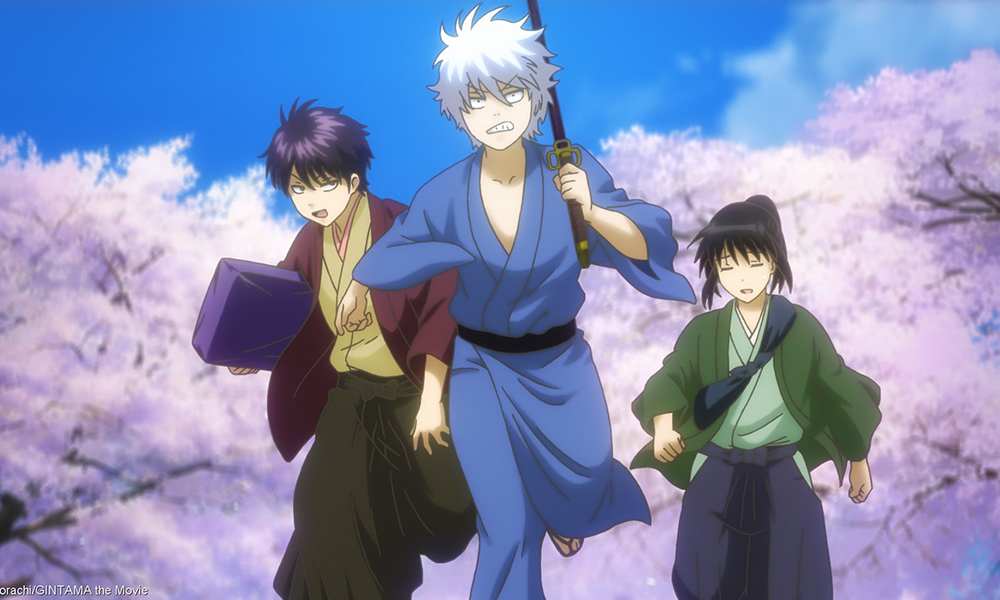 The third and concluding action-packed film of the popular Gintama anime franchise, Gintama THE VERY FINAL will be released on digital download on January 25, 2022, and on Blu-ray + DVD combo pack on February 8, 2022 from Eleven Arts and Shout! Factory. Based on the manga created by Hideaki Sorachi, the new feature film makes its North American home entertainment debut following a theatrical release late fall this year.

Available for the first time in North America, the highly collectible Blu-ray + DVD combo pack boasts an exciting movie presentation (featuring both versions – English voice cast and the original Japanese audio with English subtitles) and an exclusive 16-page booklet packed with character art and storyboards. Gintama THE VERY FINAL is available for pre-order now at ShoutFactory.com and will be available in stores and other fine retailers. Fans who order the Blu-ray+DVD combo pack from Shout! Factory will receive an exclusive poster, while supplies last. 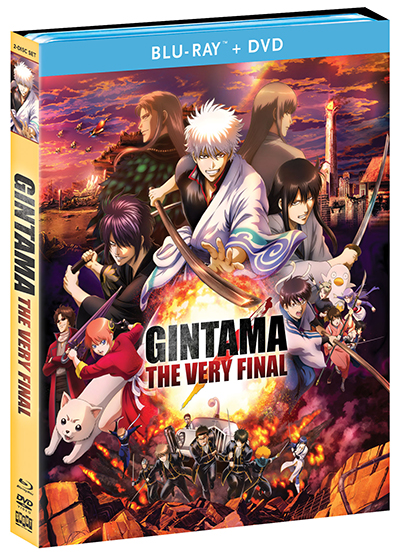 Directed by franchise regular Chizuru Miyawaki, Gintama THE VERY FINAL adapts some of the final moments of the original manga with new elements specifically crafted for the film. For the North American audiences and loyal fans, the lead roles of the Odd Jobs members are reprised by the exciting team of voice talent from Gintama Season 3, including Michael Daingerfield (InuYasha: The Final Act, NANA) as Gintoki Sakata, Cole Howard (Cardfight!! Vanguard, Arashi of Zoids Wild) as Shinpachi Shumura and Jocelyne Loewen (The Vision of Escaflowne, Galaxy Angel) as Kagura. Kyle Colby Jones (Dororo, Food Wars! Shokugeki no Soma), who voiced the character Shinsuke Takasugi and was ADR writer & director for Gintama: The Movie, reprises his roles.

Synopsis: Everything I’ve wanted to protect is right here with me in spirit. The countdown to destruction has begun! All will join to reclaim an Edo in grave peril!

The Earth is facing its darkest days, and the members of the Odd Jobs must come together to save it from this otherworldly menace. Old allies Gintoki, Takasugi, and Katsura strive their hardest for their own ideals, but standing in their way is someone with whom they share a sad history: Utsuro, an alternate personality of their former teacher and mentor Shoyo. Having been spawned by Altana, the energy that fuels all planets, this immortal fiend has regenerated multiple times until finally becoming Utsuro, the ultimate enemy… And he intends to take down the entire Earth in order to end his own life.

Gintoki and the others set out to fulfill the wishes of their teacher Shoyo and thwart Utsuro’s plans. Shinpachi, Kagura, the Shinsengumi, members of the Kabuki District, and even former enemies will join their fight. As Utsuro’s power grows, Takasugi fights for his very life. What does Gintoki, battered and bruised, see at the very end? Will he be able to put an end to all this?!

The film recently enjoyed a limited North American big-screen release in partnership with Fathom Events, who released the theatrical trailer below: