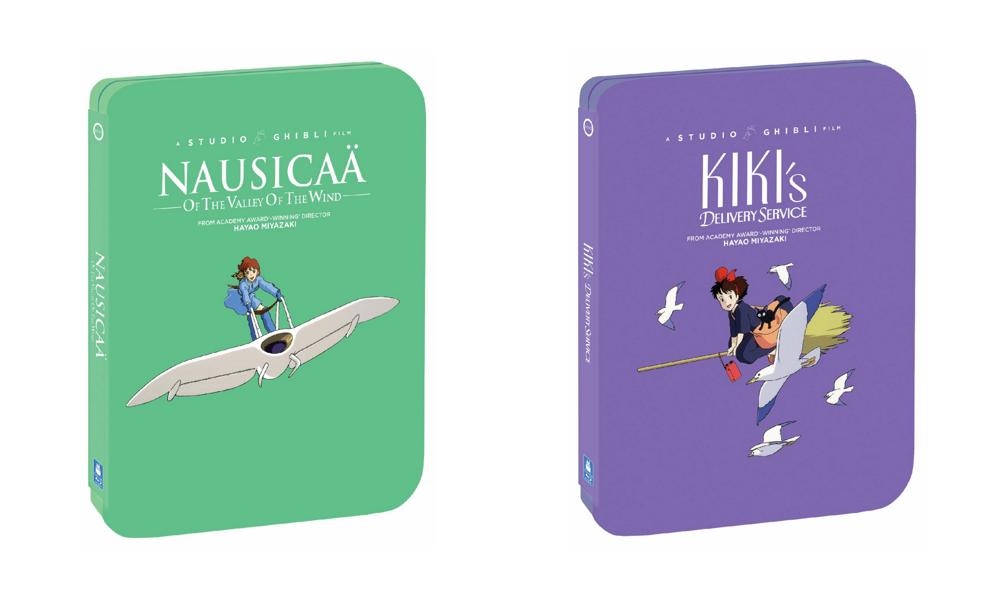 Studio Ghibli and GKIDS, with distribution by Shout! Factory, will release Kiki’s Delivery Service and Nausicaä of the Valley of the Wind from the studio’s famed library of films on August 25, in limited edition SteelBook packaging with striking new art. Each SteelBook will house a Blu-ray & DVD combo pack, presenting the film alongside hours of bonus features and a booklet with stunning art and statements from the filmmakers.

With this release, two films from one of the world’s most coveted animation collections can come home to collectors in limited edition SteelBook packaging for the first time in North America. Kiki’s Delivery Service and Nausicaä of the Valley of the Wind will join Howl’s Moving Castle and Ponyo in a series of SteelBook releases from the Studio Ghibli collection of films.

Kiki’s Delivery Service: From the legendary Studio Ghibli, creators of Spirited Away and Ponyo, and Academy Awardâ-winning director Hayao Miyazaki, comes the beloved coming-of-age story of a resourceful young witch who uses her broom to create a delivery service, only to lose her gift of flight in a moment of self-doubt.

It is tradition for all young witches to leave their families on the night of a full moon and fly off into the wide world to learn their craft. When that night comes for Kiki, she embarks on her new journey with her sarcastic black cat, Jiji, landing the next morning in a seaside village, where her unique skills make her an instant sensation. Don’t miss this delightfully imaginative and timeless story of a young girl finding her way in the world, featuring the voices of Kirsten Dunst, Janeane Garofalo, Phil Hartman, and Debbie Reynolds.

A thousand years after the Seven Days of Fire destroyed civilization, warring human factions survive in a world devastated by atmospheric poisons and swarming with gigantic insects. The peaceful Valley of the Wind is nestled on the edge of the Toxic Forest and led by the courageous Princess Nausicaä, whose love of all living things leads her into terrible danger, as she fights to restore balance between humans and nature. Featuring the voices of Alison Lohman, Uma Thurman, Patrick Stewart, Edward James Olmos and Shia LaBeouf.

You may also like...
Related Topics:featured, Kiki’s Delivery Service, Nausicaa of the Valley of the Wind
Geographic Region:North America