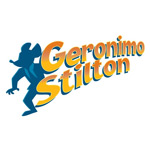 U.S. fans of Scholastic’s popular mouse journalist Geronimo Stilton will finally be able to enjoy the popular animated series based on the character on DVD in September. Entertainment One will release the four-episode compilation Geronimo Stilton: Operation ShuFongFong ($12.98) on Sept. 24, 2013.

Inspired by the best-selling Scholastic book series of the same name, the Geronimo Stilton TV series, a co-production of Atlantyca Entertainment and Moonscoop, along with the participation of Rai Fiction, France Televisions and leading French broadcaster M6, centers on the globetrotting exploits of a famously klutzy “big cheese” media mogul. Geronimo finds himself reluctantly undertaking sensational journeys through New Mouse City (a creatively re-imagined New York City) and other exotic locales all over the world.

The new disc features four exciting adventures starring the unlikely action hero with two left paws, who is joined by his gadget-loving 12-year-old nephew, Benjamin; his ultimate pack rat cousin, Trap; and his younger sister, the daring special correspondent, Thea. The DVD release invites children and their families on thrilling journeys from the high seas to the jungles of Asia with lots of fun stops in between, as they make fascinating discoveries and encounter amazing people and places along the way.

The four episodes on the DVD include: “Operation ShuFongFong,” in which Geronimo and his sidekicks journey deep into the Bandel Jungle to retrieve a pair of stolen ShuFongFong lizards; “Mouse House of the Future,” where Geronimo reluctantly accepts Professor Cheesewheel’s offer to make his messy house fully automatic complete with a robot butler; “Reported Missing,” which finds Geronimo and team trekking to Africa to uncover the secret of an adventurer who vanished without a trace long ago; and “It’s My Scoop,” where Geronimo learns that he needs to be more careful with his notes if he is to stop getting scooped by rival news organization, The Daily Rat.

Geronimo Stilton has been an international sensation since its September 2009 premiere in Italy and currently airs in 120 countries globally. With more than 50 titles available from Scholastic, the Geronimo Stilton book series has more than 26 million books in print in North America. For more info, visit www.geronimostilton.com/portal/US/en/home/. 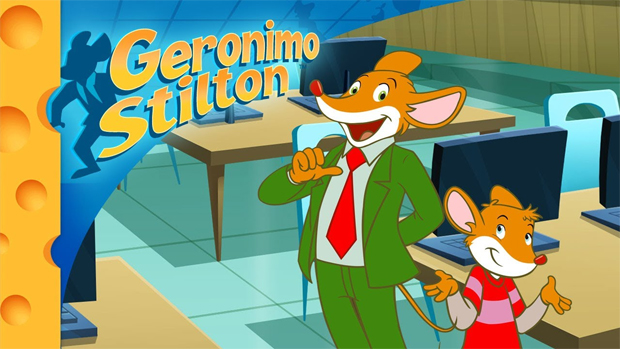