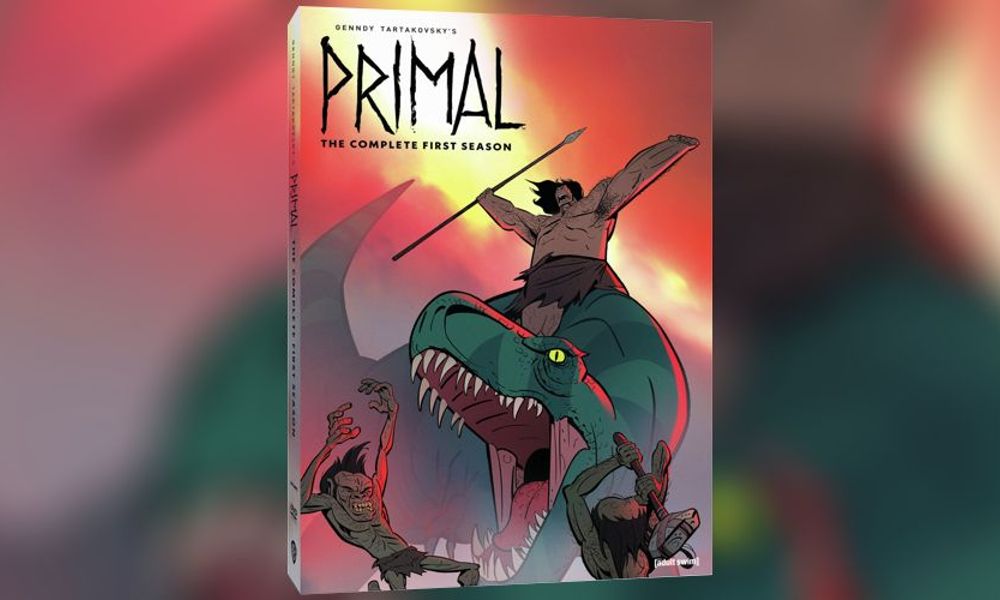 Eat, or be eaten! Kill, or be killed! Get into survival mode with Adult Swim’s #1 prehistoric animated series with the release of Genndy Tartakovsky’s Primal: The Complete First Season on Blu-ray (SRP $29.98 USD / $39.99 CAD) and DVD ($24.98 USD / $30.99 CAD) from Warner Bros. Home Entertainment on June 1. The critically acclaimed series displays a perfect 100% rating by critics & 99% by audience on Rotten Tomatoes, and recently won three Juried Emmy Awards for Outstanding Achievement in Animation.

Travel back in time and binge on all 10 fascinating episodes from the first season and go behind the scenes with interviews from the incredible talent from this wordless series. As well as DVD and Blu-ray (with Digital copy in the U.S.), Genndy Tartakovsky’s Primal: The Complete First also available to own on Digital.

Coming off an award-winning final season of Samurai Jack, Adult Swim reunited with creator Genndy Tartakovsky on Primal — the story of a caveman at the dawn of evolution, and a dinosaur on the brink of extinction. Bonded by tragedy, this unlikely friendship becomes the only hope of survival in a violent, primordial world.

Special Features:
Behind the Scenes Interviews