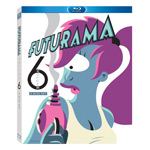 Fry, Bender, Leela, Zoidberg and the rest of the Futurama clan continue their madcap adventures in the new Futurama DVD/Blu-ray release which arrives in stores and online outlets this week. Futurama Vol. 6, offers the 13 episodes from the sixth season of the series, which debuted on Comedy Central in the summer of 2011.

The episodes included on the 2-disc release are:

Deleted Scenes, audio commentaries, Professor Farnsworth’s “Science of a Scene”, Reincarnation Explained! With Director Peter Avanzino and Futurama F.A.Q. (Frequently Axed Questions) complete the cool package. The DVD is priced at $29.98, but can be ordered for $19.99 on amazon. 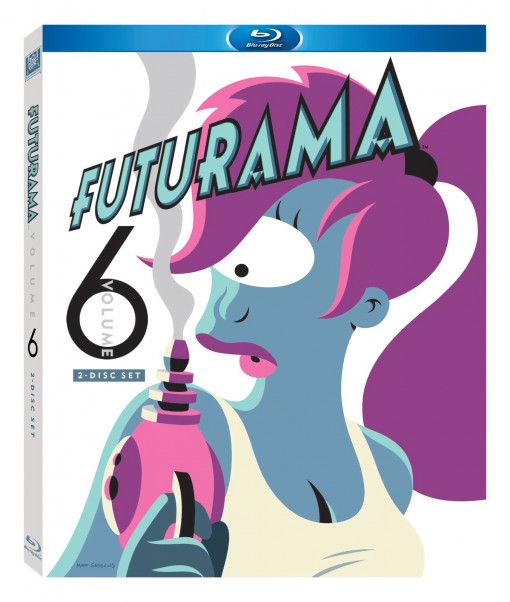 You may also like...
Related Topics:All the Presidents’ Heads, Benderama, Cold Warriors, Comedy Central, DVD, DVD/Blu-ray, Fry am the Egg Man, Futurama, Futurama Vol. 6, Ghost in the Machines, Law & Oracle, Mobius Dick, Neutopia, Overclockwise, Peter Avanzino, Reincarnation, Science of a Scene, The Silence of the Clamps, The Tip of the Zoidberg, Yo Leela Leela