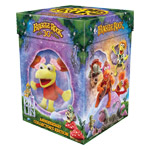 The Jim Henson Company and Gaiam Vivendi Entertainment will be offering Muppet fans a rockin’ good time on disc as Fraggle Rock: 30th Anniversary Collection hits shelves on May 14. The set includes all four seasons of the celebrate series and features behind the scenes interviews recently discovered in the JHC archives, plus a collectible plush keychain of leading Fraggle Red and an all-new exclusive Fraggle Rock graphic novel, featuring a parent-friendly activity guide. The set will retail for $129.99.

Starring iconic Henson-created characters Gobo, Red, Boober, Wembley, Mokey and the adventurous Traveling Matt, the classic series originally ran from 1983-1987 and currently airs on The Hub. Set in the underground universe of Fraggle Rock, hidden behind the baseboard of Inventor Doc’s workshop, the show teaches lessons in tolerance, personal identity, environmental awareness and social conflict as kids share in the Fraggle’s adventures among themselves and the other denizens of the underground: the industrious Doozers and the giant Gorgs.

Additionally, a new collection titled Fraggle Rock: Meet the Fraggles is also set to hit stores with an SRP of $14.93—the DVD features the series pilot as well as five acclaimed episodes highlighting each of the show’s main characters. 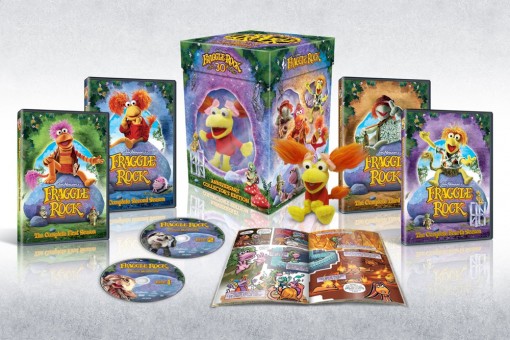