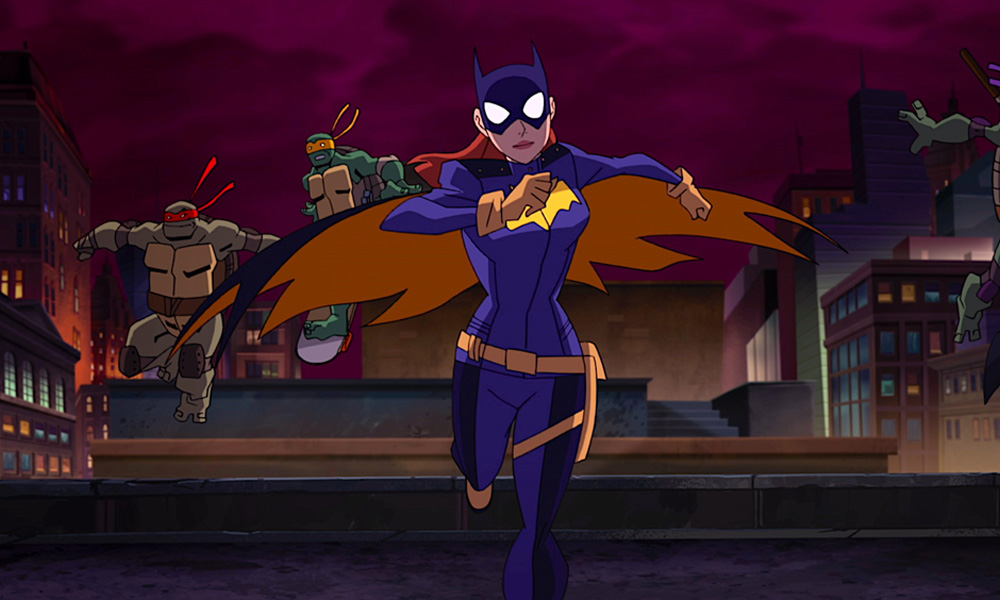 Batman vs. Teenage Mutant Ninja Turtles finds Gotham City reaching new levels of danger when Shredder joins forces with Ra’s al Ghul to enact a nefarious plan – leading to the team-up of the Dark Knight and the Turtles to combat the combined might of the Foot Clan and League of Assassins!

The movie’s all-star cast is led by Troy Baker as the voice of both Batman and the Joker – making Baker the first actor to ever play both roles in the same film. Opposite Baker are the Ninja Turtles – Emmy Award/Golden Globe Award/SAG Award winner Darren Criss as Raphael, Kyle Mooney as Michelangelo, Baron Vaughn as Donatello, and Eric Bauza as Leonardo.