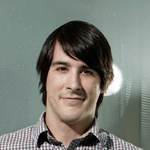 Fans of Mordecai and Rigby, rejoice! The complete third season of Cartoon Network’s hit series Regular Show is arriving on DVD June 17 in a three-disc set.

The release includes all 39 episodes from season three, which first aired from September 2011 to September 2012. The release also includes commentaries and featurettes, such as this one, in which show creator and executive producer J.G. Quintel talks about why he likes to work in animation.

With the show currently airing its fifth season, we caught up with Quintel for a DVD-inspired walk down memory lane.

Animag: It’s been a while since these shows aired. Is there a plan behind the way the DVDs are being released?

J.G. Quintel: I also have that question! I personally would love it if they would just bring them out one after another, because they’ve all aired, so why not? But I have no idea why Cartoon Network decides to release things when they do, but I’m glad that they are but other shows have gotten sparser releases, and I hope we get to release all of our work because it’s really cool to see it all in a complete box set. That’s how I want to see them.

Animag: Looking back at the third season, what was significant about it for you in terms of the development of the show?

Quintel: Well, it was a big change for us because we’d already done our first two seasons, which the network wanted to really focus on Mordecai and Rigby. All the stories needed to be Mordecai- and Rigby-centric. Once we had those 40 done, we started opening it up to the secondary characters, so we got to see more stories that focused on Skip and Benson and Pops and Muscle Man, and get to know more about them. So it makes for a nicer blend, as far as all the episodes go. And then, we have some really great episodes in there. Our Emmy-winning episode, “Eggscellent,” is in season three, and a bunch of my favorite episodes.

Animag: Do you like working in the quarter-hour format? What are the advantages for you of working in that format?

Quintel: I’m definitely more comfortable in the 11-minute format because I came up in the industry doing that. I was on Camp Lazlo and then Flapjack, and they both utilized the 11-minute format, so I kind of understand how long everything should be when we’re writing these things up. But we do have a few half-hour episodes that we have done and they’re really satisfying when you pull them off. But every time we try them they are very difficult. I do enjoy doing the 11-minute format, but when the 30 minutes work, they can be really awesome. I have a lot of respect for the guys who are doing shows that are “only” 30 minutes because it is really hard to write those things.

Animag: Some shows take a while to find their groove. Was this that sort of season for you guys? Or do you feel like you’d already found it by that point?

Quintel: We were getting close to it, but season three we definitely started to jell more. People had really took the show on and understood it, and at this point everybody had 40 episodes under their belts, so people were getting better at it. There were less revisions to be done on our end, as far as overseeing it. And if you look at the credits you’ll notice that in seasons one and two, I had storyboarded or helped to storyboard quite a few of the episodes. And then in season three, there’s only maybe one or two, because everybody was really getting it, and we’d hired on a few more board artists so that the crew was kind of filling in and we were starting to run a little more smoothly.

Animag: And obviously coming up with ideas is not a problem for you guys.

Quintel: Absolutely not. I mean we’ll be turning them in at the last minute, but we’ll always have something ready to go when it’s time.

Animag: Was there anything about that season that surprised you or turned out really well or made you think, “I never thought we’d get to do that!”?

Quintel: The Mordecai-Margaret storyline, and the way it shaped up. Initially, when Cartoon Network picked up the show, they wanted all stand-alone episodes. And they didn’t want to do anything that felt serialized. It always needed to restart, so we were fresh for the next episode. But we did start putting in this romantic arc between Mordecai and Margaret, where he was kind of pursuing her, or at least seeing her from afar, and we were being very blatant about it. And then, by the end of the season, to end up with him trying to kiss her and messing it up and then wanting to take it back was kind of a big step for us. Usually, you try to stay away from stories like that because you don’t want to damage the relationship structures that you have built.

Quintel: Exactly. And it starts to get boring and flat and that’s where you run into this problem of, how do you make it something where you can keep coming up with the ideas and keep making it, but change the characters because, obviously, a good story needs change. I feel like we did a good job of balancing that. And then we got a couple episodes in there too, like “Fuzzy Dice,” that’s one where when I’m watching it I’m like, “I can’t believe they let us make that episode.” It’s one of my favorites.

Animag: You mentioned you had brought in some new storyboard artists. Was there anything on the visual end of things with the animation that stands out from season three?

Quintel: I think it was one of the seasons where you could really start to tell that everything was clicking. If you look at season one, you can really tell they just started, because the characters look a little off model and they’re a little wonky here and there. There’s some scenes that are pretty sloppy looking. And then, once we get to season three, it’s all really tight. The style has been set. We know what it needs to look like every time, so it’s more consistent, for sure.

Animag: When you go back and do a commentary track, is that fun or do you find things that make you say ‘ouch’?

Quintel: That can happen. Because all the episodes, you’re so close to and you have to go over them so many times where they’re burned into your brain permanently. And when you get those ones where you’re a little late and you’re like, “Well, this is the best we can do for this one.” And there’s still a couple of stories where they’re not my favorites because we were still making small mistakes in the writers room, where we’d push something through and then realize there’s a structural problem, but there’s also some episodes that are really awesome, where I’m like, ‘Everything about that one worked! How come that one did and that one didn’t?” And it’s a learning experience to go back through so much later and be able to have fresh eyes and just watch them and kind of enjoy them and have a couple of those memories pop up whether they’re good or bad.

Animag: You have season five airing now and you’re up for season six, so you are going to be at this for a while longer.

Quintel: Yes. We have a ways to go and we’re still coming up with some of our best episodes, even now, which is really exciting for me because after 150 in the writer’s room, you come up with a lot of episodes that sound great and then people are like, “We already did that.” 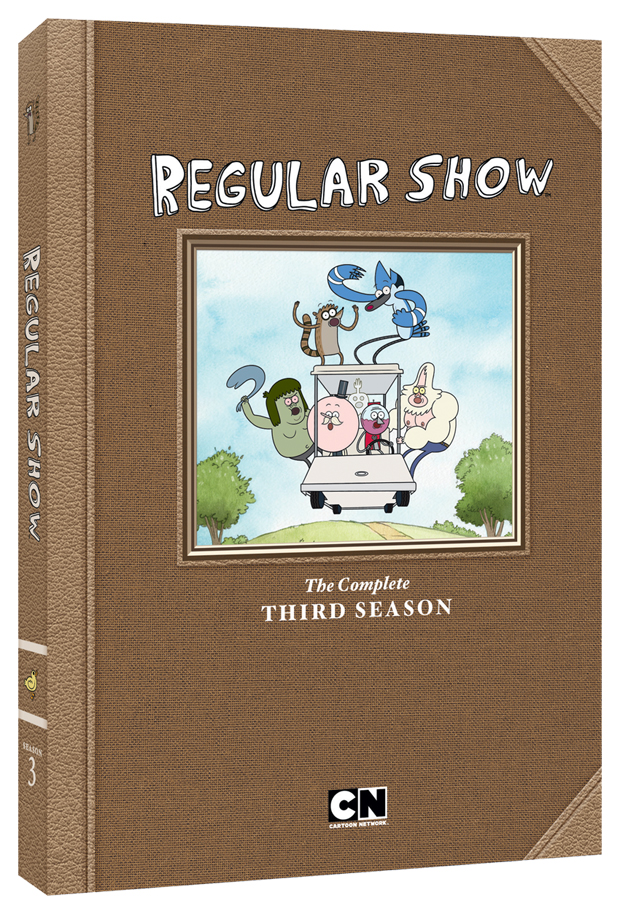