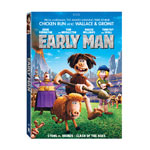 Cracking good news, Aardman fans: Nick Park’s sporty caveman comedy Early Man has arrives on Digital release Tuesday, May 15 through Lionsgate Home Entertainment, which will also be offering this prehistoric romp on Blu-ray (SRP $29.99) and DVD ($24.99) on May 22.

To mark the occasion, Lionsgate has proffered a very cool behind-the-scenes clip, in which you can tour Aardman’s claymation character factory with Senior Puppet Maker Jimmy Young, and catch voice stars Maisie Williams and Eddie Redmayne popping in for a look behind the curtain.

The Digital and Blu-ray/DVD releases include several fascinating behind-the-scenes featurettes: “Before the Beginning of Time: Creating Early Man,” “Nick Park: Massaging the Funny,” “The Valley Meets the Bronze” and “Hanging at Aardman Studios: A Workshop Exploration.” 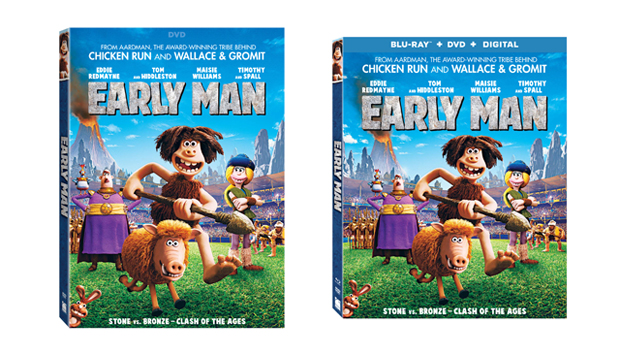