DreamWorks Animation’s feel-good CG animated hit Trolls is coming home on Blu-ray and DVD on February 7 (and is available now on Digital HD) through 20th Century Fox Home Entertainment. In addition to the musical, magical adventure of Poppy (Anna Kendrick) and Branch (Justin Timberlake) and their quest to rescue their fellow Trolls from the Bergens, the home video releases come packed with bonus features that will really get your Trolls party jumping.

One such treat is “Inside the Bunker,” an in-depth exploration of Branch’s secret hideout, narrated by Cloud Guy (voiced by co-director Walt Dohrn). As the least-upbeat Troll in Troll Town, practical yet curmudgeonly Branch has proactively built a survival bunker to protect him from the inevitable attack by the neighboring Bergens. Take a tour in the exclusive clip below!

Read more about the cool Trolls home release extras online and in the March issue of Animation Magazine, out soon. 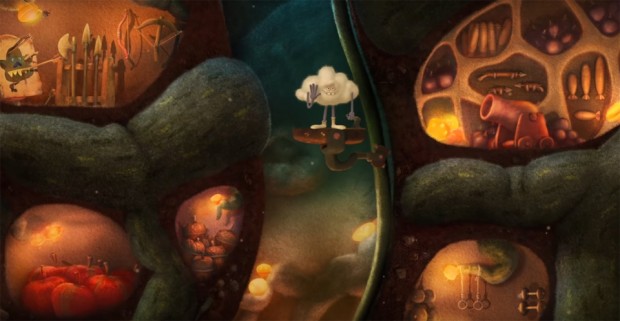