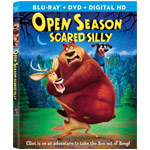 In the mood for some frightfully funny forest shenanigans? Sony Pictures Home Entertainment has got you covered, with the latest installment of Boog and Elliot’s crazy adventures coming to Blu-ray, DVD and Digital HD on March 8 in Open Season: Scared Silly. This year marks the 10th anniversary of the Open Season franchise, and thanks to SPA we’re celebrating with a little exclusive clip from one of the release’s How to Draw bonus features.

Produced by Sony Pictures Animation with CG animation from Rainmaker Entertainment, Open Season: Scared Silly is a heartwarming and humorous PG adventure that begins around a campfire when Elliot (voiced by Will Townsend) tells a scary story about a monster in the woods. Boog (Donny Lucas), never the bravest bare, becomes Elliot’s helpless victim in a plot to “scare the fear” out of his pal. With the help of Mr. Weenie, McSquizzy and the rest of the forest friends, of course.

The DVD, Blu-ray and Digital releases all include the bonus features Open Season Super Speedy Re-Cap (a fast-paced look at the previous three films), audio commentary with David Feiss and writer Carlos Kotkin, and a director profile on Feiss. Blu-ray and Digital versions also boast “Stepping into the Spotlight – Mr. Weenie’s Process” — in which everyone’s favorite dachshund prepares for his most challenging scenes; “Scaredy Pants: The Fears of Open Season: Scared Silly” — which delves into the characters’ deepest fears; and bloopers and outtakes from the new film. 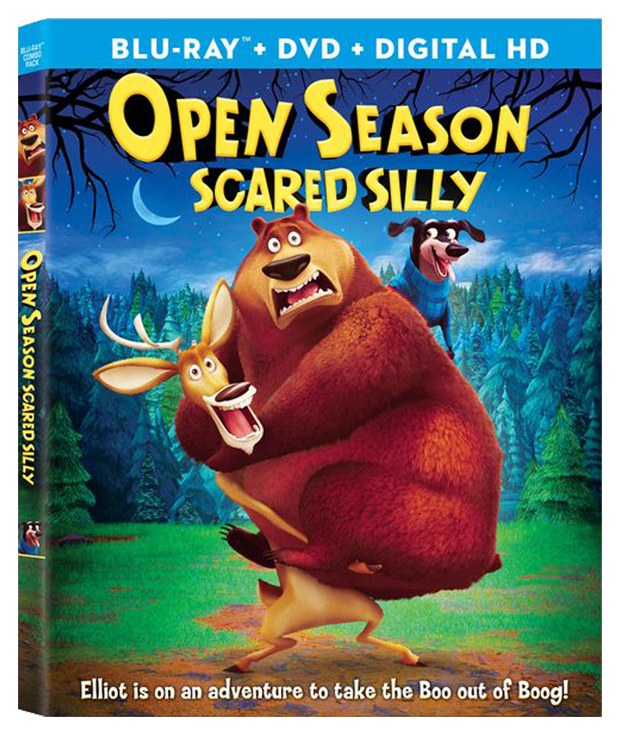