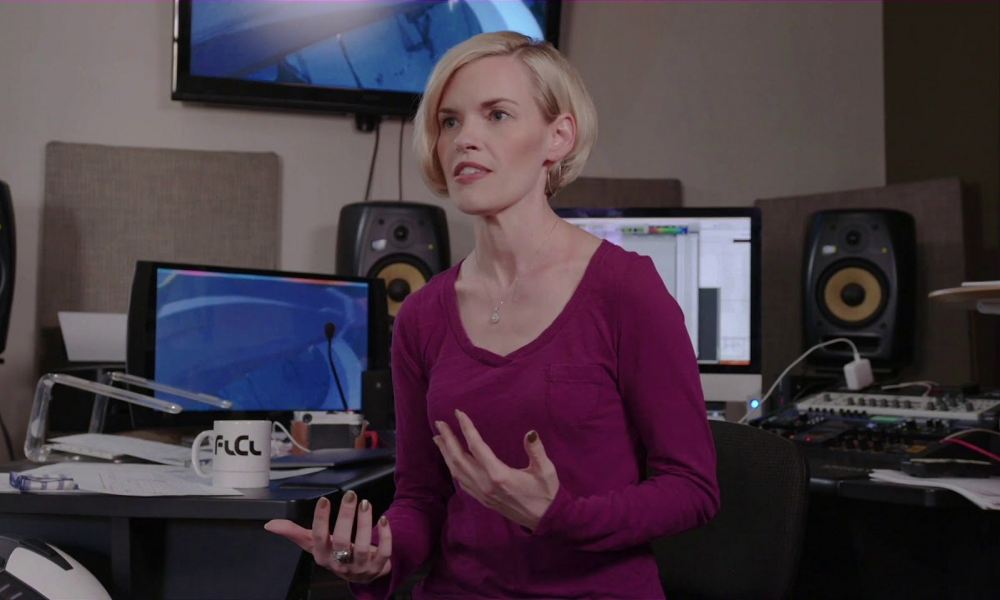 With Adult Swim’s hit anime sequel series FLCL: Progressive and FLCL: Alternative hitting Blu-ray and DVD on Tuesday, February 4, it’s the perfect time to reacquaint oneself with everything we love about the colorful, crazy adventures originally created by Youji Enokido 20 years ago. Thankfully, our friends at Warner Bros. Home Entertainment are happy to help with a fun clip featuring voice star Kari Wahlgren discussing how she came to be the voice of manic heroine Haruko in the popular Production I.G show.

“Haruko, I think, is so many of the things that we all love about anime. She’s crazy,” Wahlgren says in the BTS interview. “To be able to play this character that has so many different facets was a really great way to be introduced to this world.”

FLCL: Progressive (season 2) tells the story of 14-year-old Hidomi and her classmate, Ide, as the war between Medical Mechanica and Fraternity continues. Now in the form of their teacher, Haruko Haruhara returns alongside another otherworldly being, Jinyu, a gorgeous Chrysler Bel Aire and her yellow Vespa to unleash their hidden potential.

FLCL: Alternative (season 3) centers on the misadventures of 17-year-old Kana and her friends, Mossan, Hijiri and Pets. Living a seemingly normal life, the group’s lives are flipped upside down when Mecha falls from the sky and arrives with the guitar-wielding Haruko Haruhara. Once again determined to take out Medical Mechanica, Haruko works to awaken Kana’s N.O. channel before the relentless iron takes over the world.

The Blu-ray Combo Pack will include a 15-minute never-before-seen documentary that dives into the making of both seasons, featuring interviews with voice talent and crew. Additional special features include a “Meet the Creators” piece focused on the new era of show creators, a segment about “The Pillows” relationship with the series, a glimpse at the English voice actors behind FLCL together, and a look into the production of FLCL: Alternative.