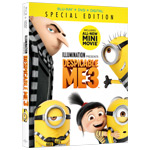 The latest installment of Illumination Ent.’s blockbuster franchise, which grossed $1 billion worldwide following its summer release, is coming home on disc and on demand as Universal Pictures Home Entertainment releases Despicable Me 3 on December 5. Already available on digital, the continued adventures of Gru, Lucy, the girls and those irresistible Minions would make a great holiday gift on DVD, Blu-ray or 4K Ultra HD — complete with special features and all-new mini movie.

To mark the release, our pals at UPHE have hooked us up with a an adorable clip inspired by one of the film’s sweeter moments. Scroll down to check out the late-night promo for Agnes’ “Super Cute Toy Sale.”

In Despicable Me 3, after he is fired from the Anti-Villain League for failing to take down Balthazar Bratt (Trey Parker, South Park), the latest evil mastermind to threaten humanity, Gru (Steve Carrell) finds himself in the midst of a major identity crisis. But when a mysterious stranger shows up to inform Gru that he has a long-lost twin brother — a brother who desperately wishes to follow in his twin’s despicable footsteps — the former super-villain rediscovers just how good it feels to be bad. 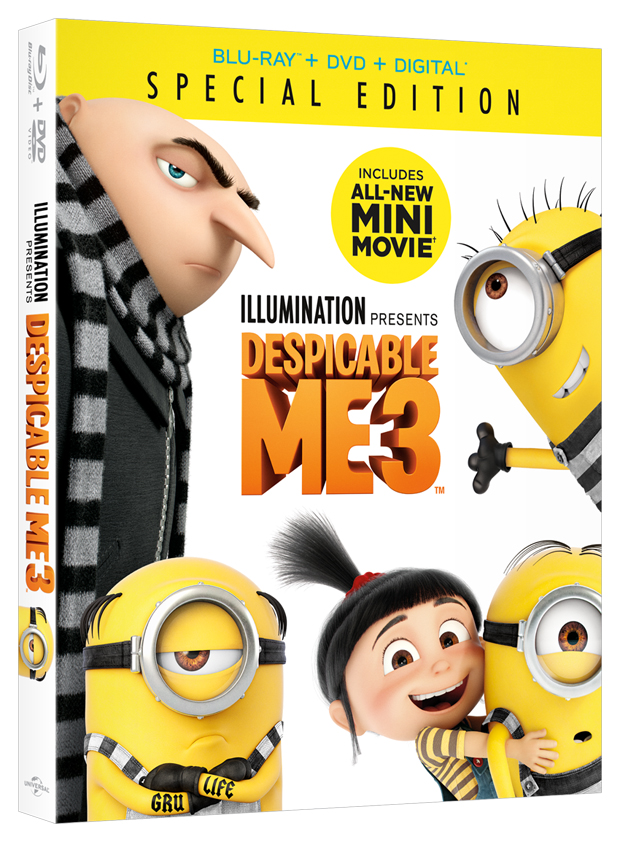