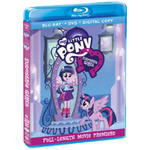 Hasbro Studios’ dimension-bending, original animated feature My Little Pony: Equestria Girls, based on its hit Hub Network series My Little Pony: Friendship is Magic, will arrive on DVD and Blu-ray in North America on August 6, 2013. The release from Shout! Factory is available for pre-order now through amazon.com, target.com and walmart.com. The DVD (SRP $16.99) and Blu-ray/DVD/Digital combo ($24.97) both come with cool bonus features to keep pony fans entertained.

The magical equine adventure kicks off when Twilight Sparkle discovers her crown has been stolen from the Crystal Empire and pursues the thief, Sunset Shimmer, into an alternate world where she finds herself transformed into (oh, the horror) a teenage girl. In order to regain her crown, Twilight must learn how to fit in to this bizarre world—not to mention high school—and defeat Sunset Shimmer in a competition to be crowned Princess of the Fall Formal at Canterlot High. Luckily, she has the help of Spike and five fellow teens who remind her a lot of her pony friends back home.

Bonus features on both sets include “Through the Mirror of Equestria Girls,” karaoke songs, “Pony-fy Yourself” and a printable movie poster. 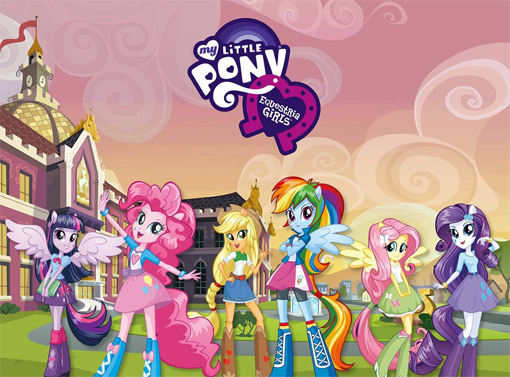