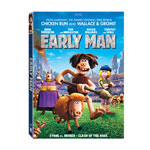 Aardman Animations’ clash of ages comedy-adventure Early Man comes back out of the cave to debut on Digital (May 15) and on Blu-ray Combo Pack, DVD and On Demand (May 22) through Lionsgate. Audiences of all ages will be charmed by this cheerful claymation romp through prehistory from the creators of Wallace & Gromit, Chicken Run and Shaun the Sheep Movie.

Set at the dawn of time, when prehistoric creatures roamed the Earth, Early Man tells the story of courageous caveman hero Dug (voiced by Oscar winner Eddie Redmayne) and his best friend, Hognob, as they unite their tribe against a mighty enemy — Lord Nooth (Tom Hiddleston) and his Bronze Age City — to save their home. Directed by Nick Park, the voice cast also features Maisie Williams (Game of Thrones) and Timothy Spall (Harry Potter films). 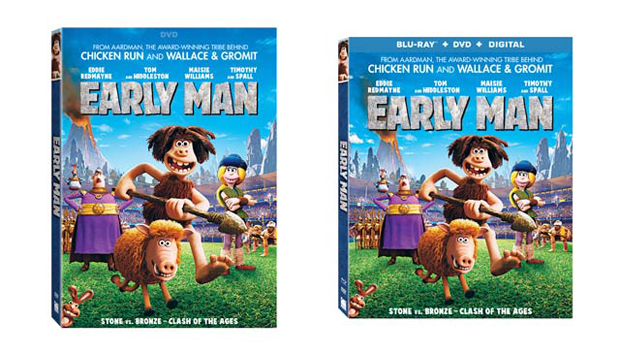