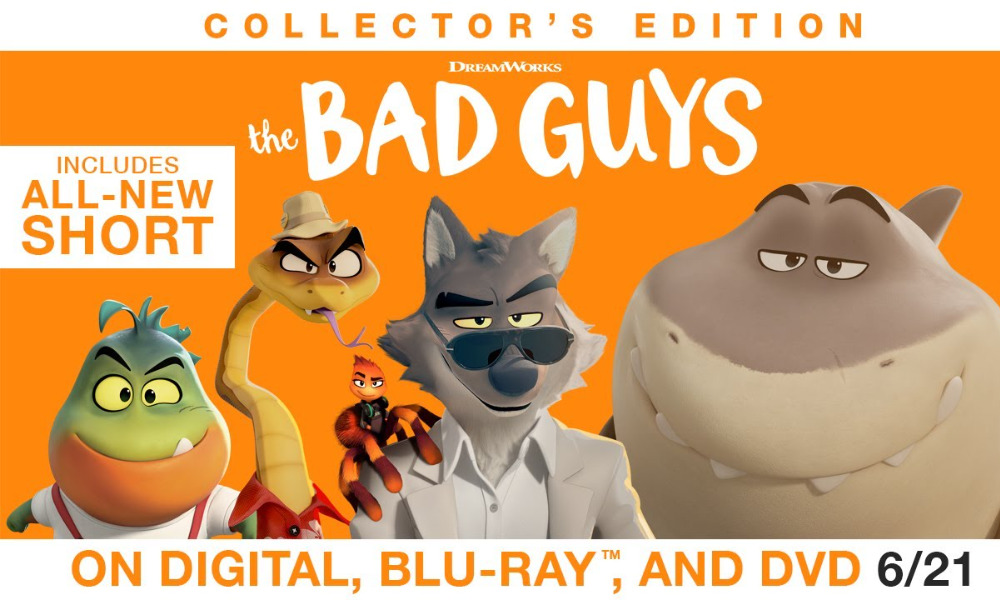 DreamWorks The Bad Guys is available on digitial, DVD and Blu-Ray this week (June 21st)

The movie has been a hit with both critics and general audiences since its release this past April. To date, it has grossed over $94.5 million domestically and $143.1 million internationally.

Watch This Behind the Scenes clips here:

New original short Maraschino Ruby.  In this original DreamWorks animated short, The Bad Guys are at it again, but not in the way you think. They’ve gone good! Find out what happens to the team after they go rogue in this sweet original short.

Devise the Plan: Making the Bad Guys: From book to storyboard to the silver screen, join the cast and filmmakers as they devise how to bring The Bad Guys to life.

It’s Showtime: Cast Table Read: Teamwork is the ultimate ingredient in pulling off a job without a hitch. now that they’ve agreed on the plan, it’s time to bring the cast of The Bad Guys together for their first table read.

Snake’s Frozen Pop Shop. Want to learn how to make your own version of Mr. Snake’s favorite frozen pops? With these easy recipes, you’ll be on your way to chill-ville in no time. Want to go the extra mile? Create your own frozen pop disguises.